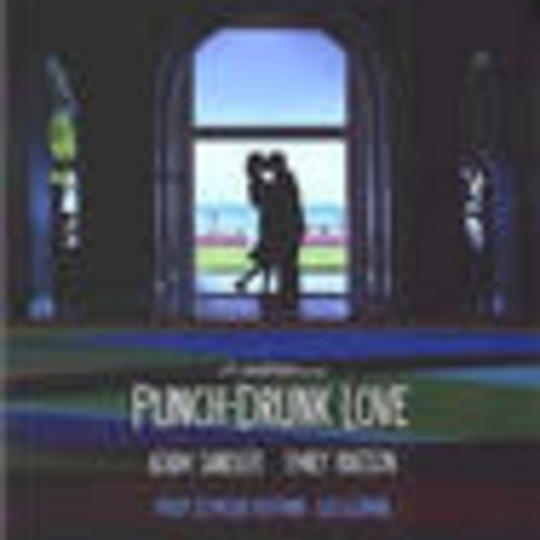 Barry Egan is a sociaphobe whose life is going nowhere. He’s stuck in a dead-end job, suffers from stress and, despite having seven sisters, is literally petrified of women. His inability to communicate only compounds his isolation. His pent up frustration occasionally explodes in piques of destructive rage, and when his loneliness forces him to ring a phone-sex service it only ends with him being the victim of the company’s extortion racket. Barry Egan’s lot is not a happy one. Until, one day, he decides to wear his blue suit to work...

The day starts with him being the witness to an explosive car crash, finding and then taking a harmonium left mysteriously in the street and then having The Girl walk into his life. Finally, it seems, Barry Egan’s life has found a purpose.

Paul Thomas Anderson‘s previous two films, ‘Boogie Nights‘ and ‘Magnolia‘, were lengthy - sprawling, even - character-driven pieces with messy, ball-of-string sub-plots weaving through them. As ‘Punch-Drunk Love‘ is a 90 minute romantic comedy you might expect PT Anderson to reign in his indulgencies and deliver a snappy, linear, quick-fire, though still fan-pleasingly ‘offbeat’, popcorn muncher. But while there are far less characters to have diversionary mini-stories, plus the added ‘bonus’ of having a big-name draw like alleged funnyman Adam Sandler in the lead role, this is the 33 year old wunderkind director’s most bizarre and puzzling offering yet.

The trademark whip-crack camerawork and rapid jump-cut scenes are unexpectedly absent, instead we get still long shots and meditative glides with an unsettling, incessant jazz-rhythm soundtrack that, at times, threatens to [deliberately] drown out the dialogue.

It’s still very stylish, however, but it exposes Anderson’s weakness: he can’t come up with a plot. This didn’t matter so much in his previous rambling epics where he had the space to meander at will. But in the more concise time-frame of ’PDL’ it shows up as sloppy series of scenes that go nowhere which Anderson tries to disguise with surrealism. And so the film‘s kooky tics become tiresome. People keep asking Barry Egan why he is wearing the suit, where the “small piano“ (the harmonium) came from and what‘s with the pile of plastic containers heaped up outside his office (they are the thousands of Healthy Eating puddings he buys for the frequent-flyer miles coupons), but Barry can’t give a valid reason. Perhaps because Anderson can’t. Is there supposed to be some hidden meaning behind the zany goings-on or is Barry just having a wacky day? We don’t know, we are kept at arms length from the lead character which is a shame as, resultantly, we find it hard to feel anything when love blossoms between him and The Girl, Lena.

The usually awful Adam Sandler, though not exactly cast against type, is neither annoying as he usually is, but then nor is he any revelation. But he is the only fully formed character in the film and has a couple of great scenes - both on the phone, strangely; the first to the sex-line and the second to his beloved from a phone booth in Hawaii during a carnival. And he plays the part of the down-beat loser well, squirming with inarticulate anxiety whilst being brow-beaten by his sisters (who affectionately call him “gay-boy”, much to his horror) or by the bad-guy head of phone-sex company - played with customary excellence by Philip Seymour Hoffman who should be in every movie ever (as opposed to just being in every PT Anderson movie) but is relegated to a one-dimensional tiny role in this.

Other PT Anderson regular, Luis Guzman as Barry Egan‘s boss in the sink-plunger warehouse where he works, has nothing more to do than stand back whilst Sandler does his schtick. And Emily Watson’s Lana manages to be off-kilter but calm as the girl to ‘save’ Barry from his drab, trapped life.

Like Wes Anderson’s 'The Royal Tenenbaums', this is a beautifully filmed but a too self-consciously we-are-weird exercise. The unusual characters are propped up for us to chuckle at but there’s a hollowness to them that means that their trials and tribulations mean very little in the end. It isn’t as cold or as self-servingly smug as ‘Tenenbaums’, it is an amusing, odd, occasionally brilliant little movie by an exceptionally talented young director, but the overall Lynch-lite feel ultimately disappoints.

Everybody In The Morning