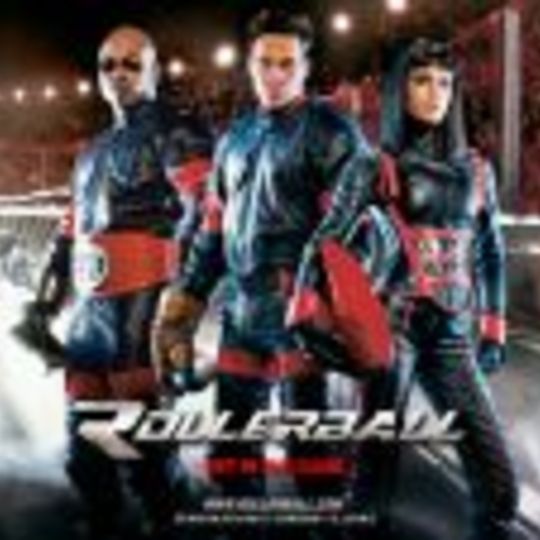 This notorious remake of the 1975 classic **Rollerball was originally intended to hit cinema screens last summer. Numerous re-shoots, re-edits and re-thinks later, it finally arrives almost a year late. And was it worth the wait? Not really.

The basic premise is that when Jonathon E (American Pie's Chris Klein), an extreme sports freak on the run from the police, is offered a way out of the country; Rollerball**, he takes it. Based in ex-Russian republic of Kazakstan (obviously, the Americans are too highly cultured to fall for something so base and gratuitous, eh?) Rollerball is a hugely popular, hyper-violent sport which inevitably leads to bloodshed, mayhem and great ratings. As time goes on, Jonathon discovers the seedy underbelly whereby players are expendable, corruption is rife, and the sport is used to placate the masses. Bread And Circuses, if you like.

This remake removes all the elements that have made the original stand the test of time :The acidic anti-authoritarian, anti-commercialism bite of the original is totally lost (save for a token effort at the end with some last-minute rioting), with some mild and completely ineffectual swipes at corporate culture. Flash sports cars, Coke Logo’s and product placement abound; these players play hard, party hard, and die hard. Unfortunately due to paperthin characterisation, its hard to care whether they live or die with this movie.

As for Rollerball itself? The track has been totally redesigned simply becuase it can. All lurid colours and loops, it looks like it wandered in from one of the Wip3out computer games, redesigned to the point where its difficult to know what the hell is happening, hard to tell what the rules are, and even harder to care what happens.

For a so-called action movie, there’s gratuitous violence and plenty of blood, but it doesn’t leave you thrilled, just..indifferent and apathetic, thanks to clumsy editing and camerawork; Shooting an entire 10 minute chase sequence at night across a desert using nightvision is just one example of total ineptitude.Its hard to believe this was made by the same director who brought us such action movie milestones as “Die Hard”, “Predator” and “Hunt for Red October”; It looks like its been made by an MTV video crew with an obsession with excessive after-match nudity in the showers…..

It’s a good job It didn’t come out last summer too. Originally intended to go head to head with ”The Fast and The Furious”, that movie beats this hands down, and then some. As for the acting? Chris Klein does his best Keanu Reeves-lite impression, down to hair, cheekbones and lack of acting ability ; he’s out-acted by the 15 second cameo from Slipknot. Jean Reno is on the autopilot, and LL Cool J is the best thing in this movie by miles. But the film seems either like a mild curio, A hopeless mismatch of poorly scripted rubbish and terribly shot so-called ‘action’ sequences or one of the most un-necessary remakes ever. Or all three.

A sports freak might gain some pleasure out of this movie, but otherwise, its fails on just about all counts. Its a pointless waste of time that isn’t worth watching for free. The only consolation is you’re not likely to see a movie as bad as this again this year.But At least it's not as bad as Battlefield Earth ... Thank God.