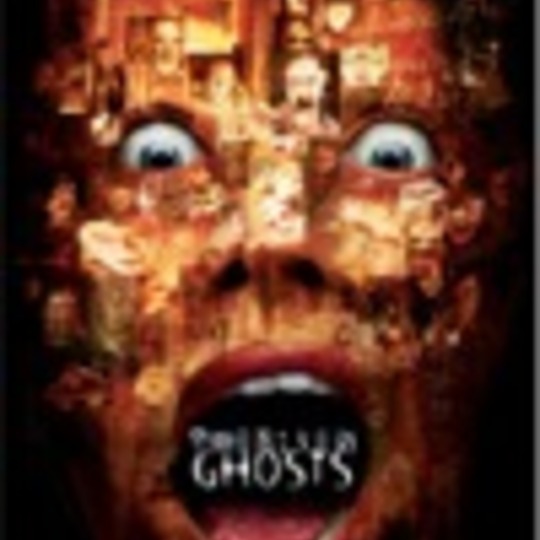 Cunningly titled was the film and it had ghosts in and was of *15 *certificate. It had to be a winner. Holy mama, it was scary. I crapped myself at least four times. Ahem.

Now then. We see a very quick overview of a nice family in a new house which burns down, taking mother with it. Whoops. Cut to some power-grabbing, money-swagging crazy bloke *catching ghosts in big glass cases á la Ghostbusters at the start. It seemed slightly far-fetched but hey, it was about ghosts and I was about to crap myself. The crazy bloke dies and leaves his massive house to the dead mother’s family. Then it all goes mental. Ghosts going *AWOL *and people being trapped. Really scary ghosts appearing only with the aid of some Orbital-esque specs. *BOO. The family comes equipped with a kid brother who clearly has behavioural and possibly mental deficiencies, a big sister who is easier on the eyes than eyelids themselves – the lovely *Shannon Elizabeth *- and a frantic father, who _actually _looks like a dad. A brief patch of reality in a film about as fanciful as a giant goldfish winning gold in the 100m for Zimbabwe at the *1997 *Olympic Games in Leicester.

Matthew Lillard *– the crazy one from *Scream, Dead Man’s Curve, etc – continues his cast-typing as the psychic bloke with headaches. Watch out for the lawyer. I guarantee you will be scared. If you're usually scared by 'scary' films, that is. Otherwise you'll just enjoy it a bit.