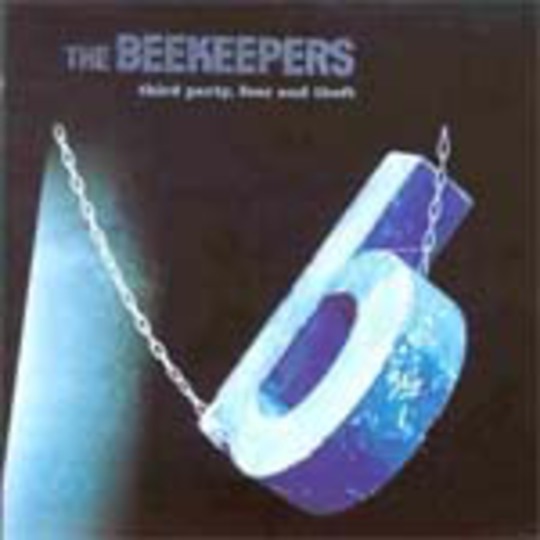 The Beekeepers are one of those long lost bands that never really got going. But although they imploded before recording their long-awaited début full-length, a re-visit to their mini-album, ‘Third Party, Fear and Theft’, reveals it to be much more than just a pale indication of what could have been.

Singles ‘Do You Behave Like That At Home?’ and ‘Killer Cure’ had rooted the band firmly in the category of punk pop, but even at that level it is worth noting the imaginative twist that The Beekeepers performed on the generic standard. Deriving much of their appeal from the virulent catchiness of their melodies, it is in the uniqueness of the delivery that these songs prove their worth. Jamie East’s vocals are sublime, and versatile enough to shift mode seamlessly and expressively. One finds most evidence of this on ‘Inheritance’, where East’s voice transforms an otherwise simplistic number into a gorgeous lament.

Lyrically, The Beekeepers are fuelled by bitterness, providing a perfect accompaniment to the vocals and edgy guitars. In particular, ‘I Only Want To See You Suffer’ is perfect fodder for the broken hearted, combining the sadness of a break-up with the destructive bitterness that one often feels in such situations. It is songs like ‘… Suffer’ and opener, ‘Eyeballed’, that move the record distinctly away from throwaway punk pop territory. While some music becomes the soundtrack to your life simply by chance, this is the sort of record that forces its way into your consciousness, not merely reflecting but also fashioning your thoughts. Perhaps it is the brutal honesty of the lyrics, and the starkness of the performance that forces the listener to travel with the music as ‘Elsewhere’ expands dramatically from a sparse and haunting opening into the cataclysmic domain of epic.

Sad though it is that the band split up before having a chance to record a full album, ‘Third Party…’ stands alone as a pocket of genius that will now never be replicated. Lucas J, formed on the remnants of The Beekeepers, were a testimony to the fact that much musical brilliance arises from the accident of circumstances rather than concerted effort. Without the precise combination of vocals and instrumentation on display here, the band failed to achieve anything remotely as moving as The Beekeepers, whose recordings deserve far more recognition than they now enjoy.