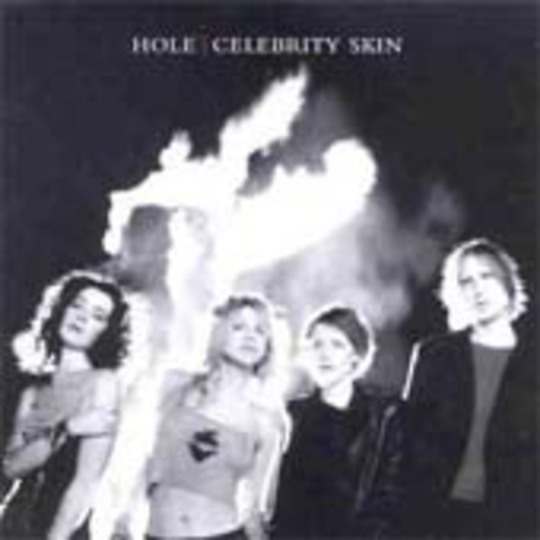 Celebrity Skin: a 'fuck you' knife in the heart of Everett True, a line drawn under Courtney's fleeting interest in underground rock and a pop record to really smirk about.

God, as a kid I loved the "Pyromania guitars", the anti-Riot Grrrl spiels, the roar of lions on 'Northern Star'... even the Smashing Pumpkins wannabes. My 'fuck you' to Everett? This album made me buy Pretty On The Inside, Pussywhipped, Spanking Machine, Taking The Rough With The Smooch. Ha!

She didn't write these songs, ol' sweet-tooth Corgan did. It's Courtney all over maaaan, but who'd wanna be the Pumpkins? This is a whole lot better, though. Melissa's bass is so very in tune. Ta, Michael. 'Awful' is gorgeous, pure blues, and 'Hit So Hard' is the best song about love since 'Retard Girl'. It's all love man, all of it. After all, what is hate but love gone wrong?

You know the one definitive reason Courtney didn't kill Kurt? That monomania and ambition. Hole's career was over when he pulled that trigger. Seconds before, they were destined to be huge. Oh well.

It's a weak record full of empty music either way.