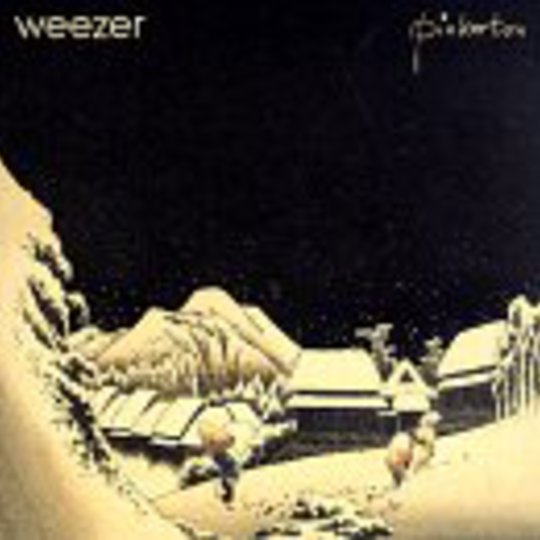 This is as good as it gets.

For at least four summers this album has been my only constant, frown-shifting, life really ain't that bad, affirming thang. This is my scribbled day-glo post-it note reminder why I love music. Not just that, but this is the ultimate break-up album, the best unrequited love album and the greatest collection of confused emotions captured in the universe...EVER!

Anyway, many moons ago in a not so distant land, a clean shaven, bespectacled fella named Rivers, decided to turn his personal ad into a party record. And boy what a party, boys and girls came from far and wide, to do the boogaloo, to sit cross legged as 4 nerds stuffed to the loft conversion synths, party streamer guitar solos, conga drums and lots and lots of scuzzy, fuzzy noises that sound somewhat like cartoons on a de-tuned tv. And lyrics, actual stories and harmony-ridden choruses, with tales of life stripped down to those primal feelings of falling in and outta love. And all the while a fearful, panic attack edge, elements of loners, people watching and seeing the only one you really want but writing a whole book or maybe just 20 pop songs about them instead of just going up and saying 'hello kitty'.

Pick a track, any track and it's a college movie soundtrack complete with angst on the rocks and no compromises. Why weren't Weezer part of Dazed and Confused, Slacker and all their cast offs?

And yeah, playing this over and over does beg the question whether just anyone could cut and paste together The Beach Boys, The Beatles, some 80s Synth Bands and a bunch of punk records and come out with the same results, but some people think too much.

Think Less. Feel More. A simple principle, so rarely applied, but often copied. Far too many bands use this album as their bible, where Rivers doth teacheth like an older brother all there is to know about pop and humanity. Bands take this too literally, word for word, note for note, and put out their update, missing the suitcases full of heartfelt genius but getting a briefcase or two of money for doing very little. Daddy can't buy you suffering and imagination. You'll never top this, how could anyone?