(Come On, Join) The High Society 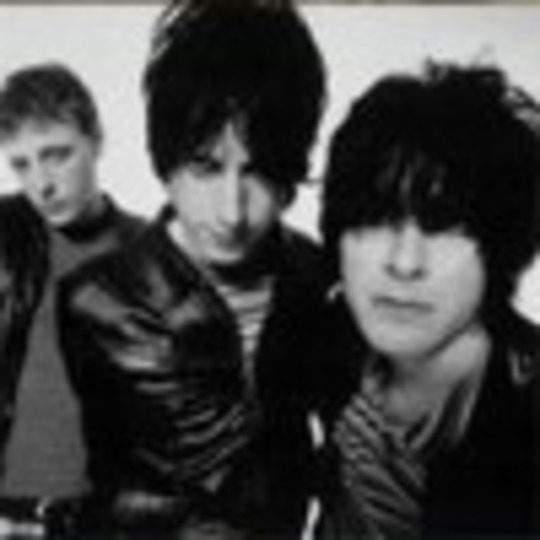 Back in the spring of 1994 it seemed like the apocalypse was about to end. Kurt Cobain had just blown his brains out and it felt like he'd mutilated the dying corpse of alternative rock in the process.

Little did we know that a revolution was about to take place. Something had been brewing for the last few months. The NME had been writing about this "New Wave of New Wave" thing y'see, and in those days it was always a race between you and your mates to get to the newsagents first. After all, you didn't want to hear 2nd hand gossip in the common room about this new band from Brighton.

What new band from Brighton, I hear you ask? Why, THESE ANIMAL MEN, of course.

See, along with energetic Londoners SMASH, These Animal Men were regarded as being the leaders of this NWONW scene, four stick thin lads from the South East coast reared on a mish mash of sixties mod chic, seventies terrace culture and pre-'Gold Against The Soul' Manics' riffs, whose agenda included their own version of the 10 commandments, one of which (Commandment no. 8 - 'Amphetamines are where it's at') inspired their debut single 'Speeed King', and attire of skinnyfit retro Adidas and Fred Perry clobber laid the foundations for Britpop some 12 months later.

During that summer of 1994, it seemed like the world was theirs for the taking.

My all time favourite 'Top Of The Pops' moment ever came during a hot Thursday evening in June 1994 when SMASH performed 'Shame' followed by TAM with the aforementioned 'Speeed King'.

And then along came Oasis and I guess the rest is history...

'(Come On, Join) The High Society' was released a matter of weeks after 'Definitely Maybe', and was all but ignored by most of those hacks who'd built them up in the first place, yet the three minute swagger of 'This Is The Sound Of Youth' or the sardonic wit of 'You're Always Right' matched anything the Gallagher brothers did then or indeed have done since, while stop-start punchdrunk anthems like 'Sharp Kid' and 'Too Sussed?' defined their generation more succinctly than 'Parklife' and gave people like Elastica a platform on which to kickstart their career.

Sadly, after a handful of singles and a concept style second album ('Accident And Emergency'), These Animal Men split almost unnoticed at the tail end of 1997.

These days, one time vocalist/guitarist Boag and fellow guitar man Hooligan (aka Julian Hewings) can now be seen in Mo Solid Gold.

If you ever see '(Come On, Join) The High Society' down your local CD & Vinyl Exchange, don't think twice about spending your hard earned pennies.

The Libertines obviously didn't and look where it's got them...

The Mighty Saguaro, Zombina and the Skeletones, The Cordettes at Zanzibar Club, Liverpool, Mon 20 Ja