Rage Against The Machine

Rage Against The Machine 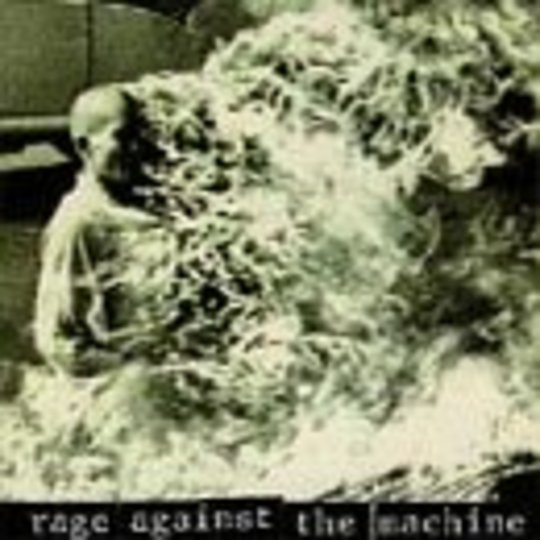 With a name like THAT, your debut album has to live up to the moniker. As we all know, this explosive lil' beatch of a band, didn't just live up to its name, they changed the worlds for those that 'got it', in the way we all dreamed the A-Team one day would. Call it naive. But a lot of us believe music can change everything. So did these guys, flung out of reading the theory in stinky poverty ghetto's, to worldwide acclaim, notoriety and (this word don't sound right) stardom. The idea of RATM and fame, wriggles like a claustrophobic old woman waiting to get off a packed train. It just shouldn't make sense. It wouldn't the first time someone heard them. They shouldn’t be the most important band a lot of us who just missed_ Nirvana will know. Not to mention the idea of a bunch of political reactionaries, hitting the top of the charts, via Sony Music in America in the 90s. Yep, that country of immigrants, rich refugee's, who bullied the Indians off their land and continue to be the expensive land of the free! A land rammed full of extreme closed-mindedness, where learning about evolution is banned in some states. It's a land of milk, corn, TV dinners and cookies, where a tiny percent of the population own a passport and speaking out is a big oh-no-no. This shouldn't have been the scene where a bit hit the charts and was exported to other parts of empire, conquered through fast food and TV movies.

But you know all this, because it's all fucken obvious. But do you know all this, the same way you know... "Just victims of the in-house drive-by, they say jump, you say 'how high?' You're brain dead, you've got a fucken bullet in ya head " Simple PE-like lyrics to get a dissenting message across, backed by THAT music. Oh yes, that funkay, mosh-pit-disco, body pops, flops, spins, bops, bops and doo-wops. Music to back up the lyrics punching the air. Music to destroy your bedroom to. Riffola to enhance the rush of blasting on a BMX through traffic, along the sides of walls, off 10ft drops and spinning an impossible seven-twentee superman into a lake. It’s drums to annoy the old folks ten doors down. It's basslines to turn a party into a scene of liberation and out of control flurries of food, beer, condoms and general (someone else's) household destruction.

And so they return, after an initial utilitarian compromise, several protests, an arrest or two, the covers album, a government shut-down of their website; as Audioslave, without Zack (who's back soon with DJ Shadow and co.). People wonder why this is in the sale for £6.66 instead of having some kinda price of value. It's put down to a low price to encourage people to buy more and fund some faceless corporation - the last thing the band were about, right? People wonder why I don't want to go see a band who quit when they were ahead, on fire, pioneering… People wonder why I love Rage Against the Machine, hold them so close to my chest that I am capable of crying in public for all the wrong reasons.

They could have been the most important band ever and lived up to their name and inspired so much on an international Michael Jackson scale like a noisy, musically important, revolution. Did they really?