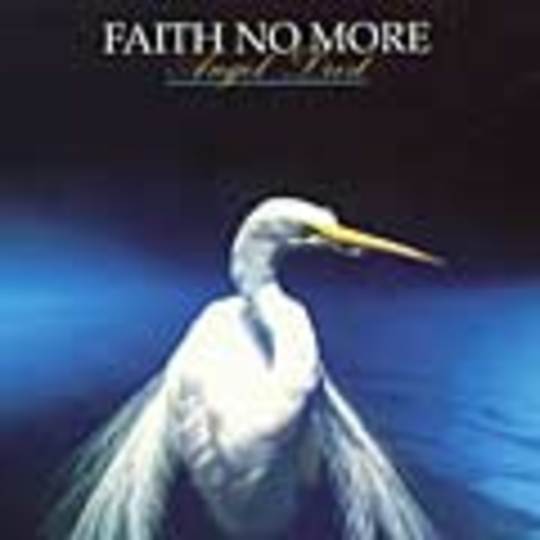 Mention three small words to bands like the Deftones and Linkin Bizkit, and you’ll see them turn pale, act like sulky teenagers and mumble something like we’re not worthy. Those words? Faith. No. More. And Angel Dust was their masterpiece.

Angel Dust shows us exactly what rock music is capable of. After listening to this, Nevermind and Appetite For Destruction are just pop records with big loud guitars and dirty lyrics.

It’s a thing of both extraordinary beauty and gruesome confrontation, nowhere is this more obvious than the bipolar cover art : on one side - a swan arising from a lake; on the other - a decapitated cows head hanging from a hook in an abattoir. Beauty and cruelty are the two driving forces in their music. And it is never more obvious than in “Malpractice” - four minutes of cacophonous riffling that suddenly but seamlessly transforms into a lengthy recreation of the Kronos Quartet performing Shostakovich.

_ Angel Dust_ shows up most rock bands for the plodding visionless dinosaurs they are : disparate sections of music shift tempos and styles within the same song - sounding like several different bands fighting it out in a confined space, whilst guitars spew forth great big crunchy slabs of riffola and roaring vocals fight for your attention like screaming hyperactive children. You need this record in your life.

Vocals veer between a soft croon and guttural screaming. Lyrics range from the surreal and disjointed (“Land Of Sunshine”) to paranoid evocative urban gangster fantasies (“Crack Hitler”). Guitars pick out gentle country & western touches on “RV”, before grinding anything delicate into rubble dust on the following, colossal “Smaller And Smaller.”

Further proof of the heart of the album is a throwaway four bar interlude in the middle of “Jizzlobber”, but those four bars are enough for bands like Limp Park to use as their integral blueprint : great big menacing guitars, sleazy rhythms and growled vocals. And Faith No More throw that idea away instead of building a career on it.

_ Angel Dust_ is a haemorrhage of ideas that, at the time, stuck out like a sore thumb: whilst others preened and whined, Faith No More simply followed their own path. At the time it sounded like nobody else in the world. Now everybody wants to sound like them.

For music this brilliant, there are no words. Angel Dust is one of the best rock albums ever made. It takes your every preconception about rock music, tears it up in front of your eyes and opens up the can of Rock Riffs to serve you a feast. Buy it. *You will not be disappointed. *