In The Land of Grey & Pink 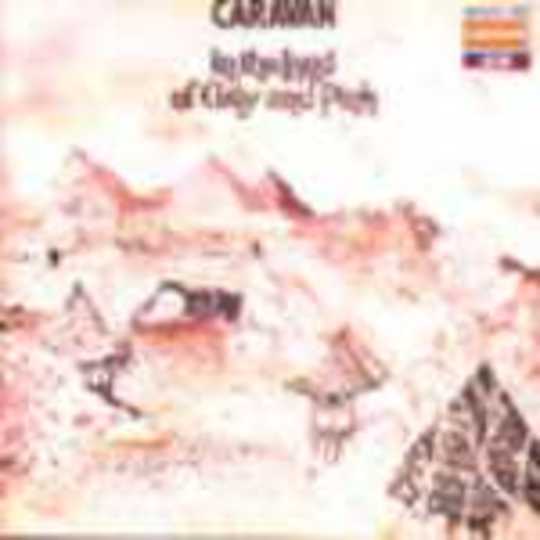 In 1971, my Dad was an excessively hairy hippy student-type who spent most of his free time (and most of the time that wasn't meant to be free) indulging in certain smokeable substances and listening to music that would make the average head explode. This led to him being thrown out of university and into the real world, at which point he was suddenly forced to grow up. Up until the being thrown out bit though, he was having the time of his life. And the soundtrack to that time was written and performed by Caravan.

This is stoner music of the highest degree. And when I say "stoner music", I don't mean the same phat riff repeated over and over until you fall asleep. I mean a glorious blend of soft guitar, bass and keyboard in perfect harmony, drifting through psychedelic pop songs and the odd prog epic, with ever-so-slightly drug-induced vocals. Witness the lyrics of the title track: "So we'll sail away for just one day to the land where the punkweed grows... pick our fill of punkweed and smoke it 'til we bleed." Caravan put you in a place where the smoking isn't needed, because your head's swimming anyway. This is the band who, elsewhere, recorded songs called 'I Wish I Were Stoned', 'The Dog, The Dog, He's At It Again' and 'A Very Smelly Grubby Little Oik' (see, I told you it was the soundtrack to student life).

We open with 'Golf Girl', bassist/vocalist Richard Sinclair's whimsical tale of love on a golf course ("Her name was Pat, and we sat under a tree - she kissed me"). To follow, the seven minute 'Winter Wine', a beautiful song that feels somewhat out of place among the silliness. A bit of mellowness, and very nice it is too. Then we are treated to 'Love To Love You (And Tonight Pigs Might Fly)', a quirky little pop song, and the title track - a surreal trip to a strange landscape populated by "Nasty Grumbly Grimblies" (who climb down your chimney), and boy scouts (who stop to think). And just when you think it can't get any scarier, there's a bubble-blowing solo.

It's at this point that you stop to turn the record over. And find that side two consists of a single track - the 22-minute 'Nine Feet Underground', composed of eight connected sections with titles like 'Hold Grandad By The Nose' and 'Dance Of The Seven Paper Hankies'. It's keyboard-led, then it's guitar-led, then it's got a flute solo... and there's bits of singing every now and then... about the weather, and jigsaw puzles on trees... It's probably not for the faint hearted, but then the faint hearted can listen to side one again and giggle along to 'Golf Girl'.

So there you have it: it's got five tracks, it's funny, and it goes well with weed. And it got my Dad chucked out of university. Fortunately, my degree requires me to do exactly no work whatsoever, so I'm free to get stoned and listen to Caravan all day. Or I would be if anyone had any bloody gear...