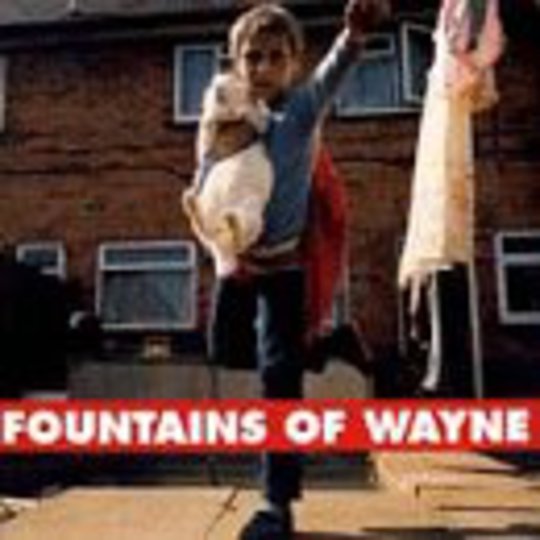 What makes a classic album? Is it the number of times it’s been played? Its influence within the music industry? Its ability to change someone’s life, in however small a way? I could go on forever at this point, but the truth is, there’s just no need. A classic album could be all or none of the above. It’s a subjective classification that only the individual can attribute to it. Despite its subjective nature the concept of a classic album is still extremely interesting as it tells a story about why music means something to somebody: How it has moulded and shaped their taste in the years that have followed.


Fountains of Wayne’s 1997 eponymous debut stands out in memory as being a true classic in my own personal history. The effect of the album is very instant – right from the opening A-riff that begins 'Radiation Vibe'. You’re under no false pretences – this is going to be a guitar pop/post-grunge offering. The record clocks in at under 40 minutes long and each song is a rugged result of a duo slogging it out in the studio for 10 days, having not played any of the songs live before. Although long-time friends Chris Collingwood and Adam Schlesinger were no strangers to playing together in the studio environment, it’s a wonder that they managed to craft such an effective album in such a time. Their ability to play their guitars loud started the album off well with the American and British public. There was a side of them, however, that endeared me to them that turned so many away – it was their pop sensibility that made me truly love this album. 'Sink to the Bottom' and 'Joe Rey', the LP’s next two offerings display this perfectly. Clocking in at three and two minutes respectively, the tracks work by combining major chord hooks (and in Sink to the Bottom’s case, a simple organ sequence) with even simpler, yet clever, self-aware lyrics.


The album is littered with examples of Fountains of Wayne’s ability to pull you in and keep you hooked. They find a part of your brain that hasn’t been tapped into since childhood and lock the tune in so firmly that not even listening to R Kelly’s Ignition Remix could dislodge it. The lyrics range from wry and quite literal ('Leave the Biker', 'You Curse at Girls', 'She’s Got A Problem') to metaphoric ('Survival Car') to the standard love affairs ('Barbara H.', 'Everything’s Ruined') but it’s just too simple to classify them in this way. The sadder songs will still make you smile, and others sound sad but you don’t quite know why. 'Sick Day', one of the album’s highlights, tells the story of the typical day of a down-trodden office worker. The tune is downbeat in nature, but the mention of the ‘fat secretary - lunch-time lover’ and ‘bums’ on the platform never fail to lighten the mood. This is what helps to make a very simple album into a very special album. Lyrical anecdotes and even apparent lyrical ineptitude combine with melodies that Brian Wilson wishes he could still write. Collingwood & Schlesinger reach their pinnacle of insane catchiness on the four-chord masterpiece, 'Leave the Biker' – a song that tells a story about exactly what it says on the tin. “Seems the further from town I go/The more I hate this place/He’s got leather and big tattoos/Scars all over his face”, they sing as the opening lines. “Baby please leave the biker/leave the biker/break his heart”, makes up the chorus that will have you singing along on your first listen.


Describing the songs will never quite do justice to how I heard them the first time I played the record, back on one summers day in May 1997. Nor will it capture the essence of why I still come back to it six years down the line. I can’t quite articulate my feelings for the band adequately in prose. It’s part of the reason as to why I’m here and I suspect is part of the reason why everyone who writes about music continues to do so. There are lots of bands quite like Fountains of Wayne, but none have so far managed to match FOW’s delivery or effortless song-writing capability. Their light-hearted approach is refreshing amidst a world of fake angst (Lavigne and Studt, anyone?) and corn-ball love (think of a band) – so it is for these reasons that I award Fountains of Wayne’s debut ‘classic’ status.