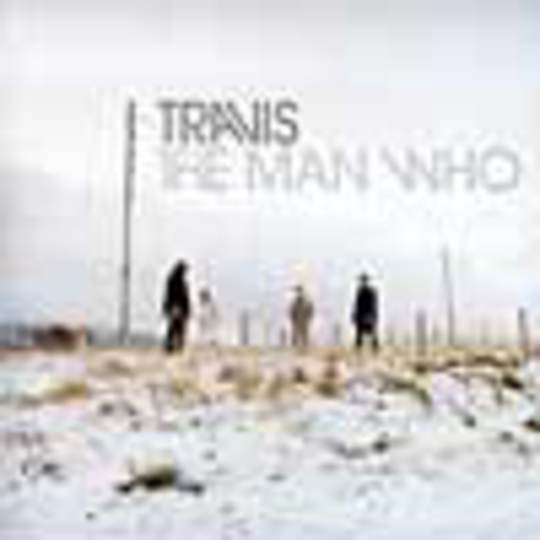 So what IS a "classic" album? Personally, I define this over used term as an album which alters the way Pop music is going. Thus, Parklife, Stone Roses, Leftism, The Chronic, all changed the direction of a specific genre of music. So what's this pile of poo from Travis doing in that illustrious list then?

Well, let me take you back to 1999. 2 years ago. A lifetime ago. British music was just about as stagnant as was possible. Britpop had died a slow, painful, depressing death, and British music needed a new direction. Who would have thought it would have come from Travis?? A band so bereft of ideas that they delivered a tired, samey, dull debut album called "Good Feeling" just two years earlier. There are people now, many of them wearing Strokes T-Shirts, who will claim that this is the best Travis album. They are looking for what is known as 'credibility'. They are liars.

"The Man Who" represents to some the day British music took a turn down the road marked "safe". For others, myself inevitably included, it represents the death of tired old era, and the start of a brave new one. An era where image means nothing, and the songs are, as they say, the thing. "The Man Who" is NOT an album full of technical wizardry, or a album full of groundbreaking, experimental, ear crunching music. It is a simple record. A record full to the brim of dissatisfied, beautiful, evocative songs. A record that many others, including Travis themselves, have tried to copy.

The New Acoustic Movement, as it came to be known, was born the day Travis played "Why Does It Always Rain On Me?" at Glastonbury in June 1999. Already one of the most universal and moving songs ever written, it began to rain just as the song started. It was a moment that could not be made up. A moment when people looked at his bunch of Scottish indie boys and realised that they had made an album that could unify a nation.

People soon began to investigate the "The Man Who" and discovered it's plain beauty. The tear-jerking "Luv", the unifying anthem that was "Turn", the simple but still spell- bounding "Driftwood". Easy to listen to, yes. Songs that your Nan could nod along to, yes. But is that such a crime? To write a song 6 people like is the easy part. To write a song 6 million people like is Fran Healy's achievement. Each lyric easy to remember, each chorus designed to resonate around the country. Of recent years, only Noel Gallagher can claim the same.

Now, as Coldplay, Starsailor, Badly Drawn Boy, Alfie, Elbow and countless others stalk our charts and enter our hearts, the full effect of "The Man Who" is just being felt. It will always have it's critics, it will always be liked by men too old to like Pop music, but to deny it's effect would be narrow minded. Who knows where this NAM will go? Will it spawn other genres? Will it produce an album of ‘Morning Glory‘-like success?