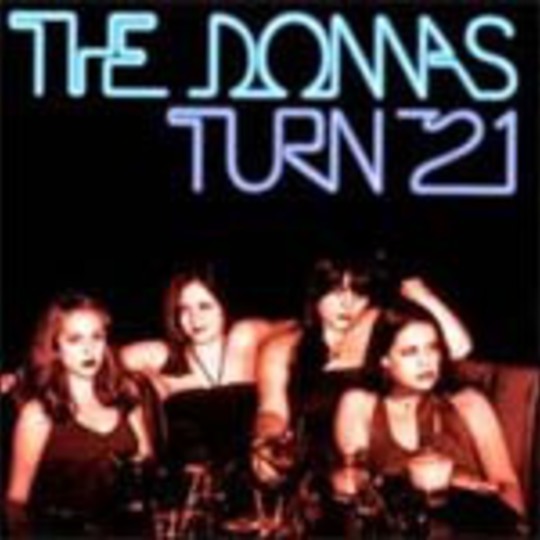 Take four undeniably attractive girls who sing about nothing but late night drinking binges and umm getting laid and you have a record execs wet dream, he must be laughing all the way to the bank in between frantic searches for Kleenex.

Turn 21 is their forth offering and true to the title it revolves around coming of age, bearing in mind that the legal drinking age in most US states is 21 fact fans… With catchy riffing and infectious drumming, this is The Ramones in skintight jeans after a sex change, which nobody can say is a bad thing when it comes to The Donnas as they wear their influences on their sleeves, but when the music is this fun who cares?

While great to listen to when in a good mood this is more a party record to put on when you’ve got your friends round and have already downed three times the legal amount of Jack Daniels & Coke. That’s not to say it’s not a great listen when sober because it is, just it seems wrong to listen to songs about drink without having at least a ‘lil something something.

They’ll never win an award for best band in the world (although they could probably scoop best video with some 13 year olds.) They will however win the hearts of many people through their often funny catchy choruses and verses. The Donnas are a fun band so as long as you don’t treat this album to seriously you’ll get a few kicks out of it.

Slow Down Arthur, Stick to Thirty