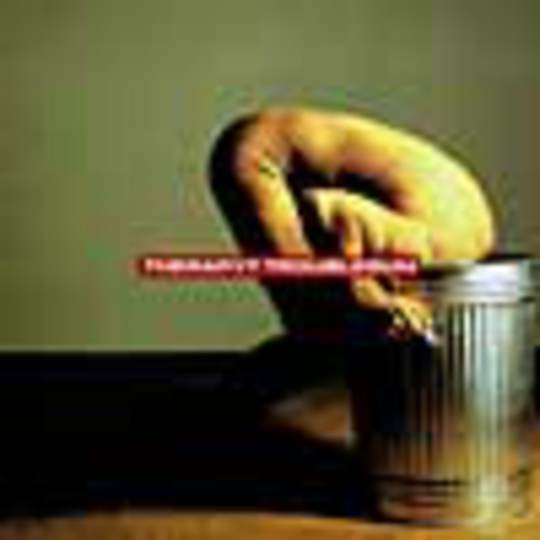 Seemingly out of nowhere, ‘Screamager’ and a clutch of other classic singles rocketed Therapy? into the post-grunge vacuum in 1994. With a back catalogue consisting of two half-hearted mini-albums and an inconsistently inspired full-length album, the turn of events that year were unexpected to say the least.

In hindsight, Troublegum appears to be Therapy? at their most tuneful and inspired. Of their subsequent albums, only Semi-Detached hinted at the Irish trio returning to form. As ever though, the twisted, almost metallic, guitar riffs are omnipresent. Opening track ‘Knives’ is an insane and desperate thrash.

Despite these nods to the dubious world of teen angst, the band always manage to keep a smile on your face such as when the ridiculous guitar solo cuts in on ‘Unbeliever’ or the scratchy recording of ‘You Are My Sunshine’ creeps up at the end of the album.

When Therapy? could have disappeared unnoticed in a quagmire of angsty guitar bands in the mid-90s, they stood out for their black humour and unexpected twist on the grunge template. Recently though, they seem to have lost their relevance with their ‘back to the roots’ album, ‘Suicide Pact – You First’. Not that this bothers them. ‘Troublegum’ will always remain one of the also-rans in people’s lists of classic albums from the confused decade that was the 1990s. With that in their back catalogue, Therapy? see no need to repeat that and would rather play some proper rock instead.