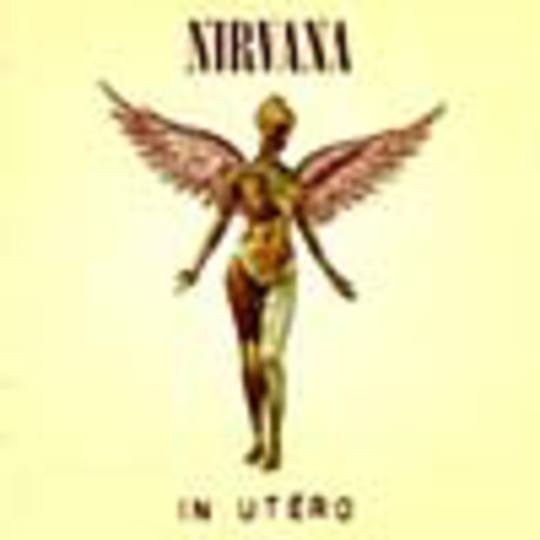 People often wonder when Nirvana's apparent reign at the top of the rock music world will end. Indeed, many bands have been tipped as better than Nirvana but with such a large fan base as loyal as Nirvana it is difficult to argue this point. Many fans are blinkered to the point of obsession. I am a huge Nirvana fan. I find it difficult to think of a band better than them. But what is better and what is worse? It is all in the ears of the beholder.

In Utero was Nirvana's last studio album and, arguably, their most commercial. Nevermind is, of course, their biggest seller but the band were influenced by media ideas the most during this album. The stress of being a music 'god' hailed by many as their saviour was too much for the band's singer and guitarist, Kurt Cobain. While writing this album he hated the press and desperately didn't want to make an album that would be as widely received and praised as Nevermind. In this respect he succeeded as Nevermind was never surpassed.

This album also shows the band's maturity. The music is much more developed with a diversity unseen in their previous albums - from the fury of tourette's to the mellow Dumb. Although Rape Me sounds reminiscent of Smells Like Teen Spirit, after the initial chords there is little that can be familiar. The ethereal All Apologies is a fine closer to an album that is up and down like an elevator on amphetamines. The 'hidden track' is labelled as an "Exclusive International Bonus Track" by Geffen, but as a "Devalued American Dollar Purchase Incentive Track" by the band. This shows just a glimmer of the turbulence that followed the band through stardom.

Eight years after the original release of the album, does it still hold up against the bands of today? Most definitely.