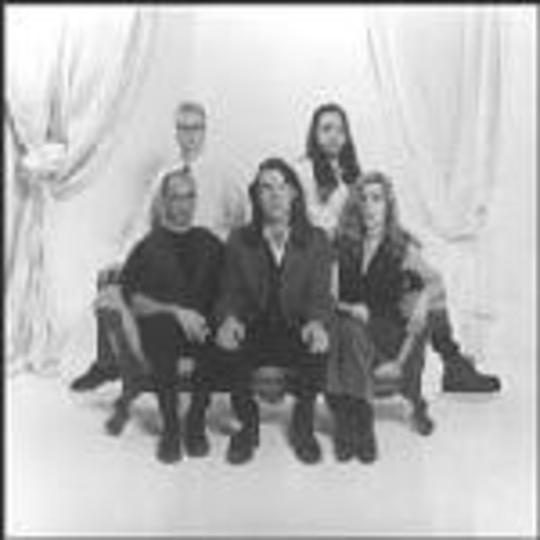 An amazing feat was achieved, one I would never expect to see in my life time.... finally, a GOOD Canadian band.

Forget your whiney Celine Dion's, the 'Vancouver Groover' Bryan Adams, those bitter sweet tones of Alanis Morissette and the boring MOR rock of Moist, we finally had something to revel in... and it came in the form of the Crash Test Dummies.

This 5 piece were relativly unknown around the world, despite their fantastic predecessor to this album, 'Ghosts That Haunt Me', but this was to be shattered with just one song....

The album itself is lyrically challenging... if only for comprehension of trying to understand what singer Brad Roberts is trying to put across in his songs, or stories (which I think is a better definition).

The title track of the album is first up. A song about how God took his creations on a picnic and told them a story... and they didn't understand it and why he created the day, Sunday ( " After 7 days, He was quite tired, so God said ' Let there be a day, just for picnics with wine & bread' ").

Next is 'Afternoons & Coffeespoons', one of the singles that was lifted off the album. It kinda has an Alabama folk song feel to it in the begining and then becomes a nice little pop song, but pop songs don't have lyrics like ' Days should be measured out, measured with, coffeespoons.... and T.S Elliot' so, what is the song classified as? This is simple... it isn't. I honestly believe the C.T.D's to be one of THE most difficult bands to categorise....

Follwing it up is 'THAT' single, 'Mmm, Mmm, Mmm, Mmm'. A slow, mournful, almost ballad like song that drifts seamlessly with the sheer beauty of Ellen Reid's piano playing accompaning Brad's voice all the way through.

'In The Days Of The Caveman' is one of the funniest comparison pieces ever... yet strangely, actually provokes you to think about what he is saying. How camping IS like a step back to our neandathel days, and maybe animals DO dream when they sleep and, come to think of it, cavemen DIDN'T have doctors..... all this over a bass guitar and drum lead riff that is a 10 on the 'foot-tapping' scales.

'Swimming In Your Ocean' is one of the most beautiful songs in my opinion. A slow, almost dreamy piece that almost makes you appreciate sex that little bit more, and makes you thankful you don'think of the kinds of things he does during sexual activities. Examples are thinking about tornadoes while appreciating his womans breasts, the existence of UFO's during oral sex and, last of all, wondering if he has got his girlfriend pregnant while sucking her fingers. But all the way through, these seemingly absurd lyrics fit to the music so finely, you seem not to care... and this is a god thing.

'Here I Stand Before Me', about a visit to the hospital is an uptempo little piece compared to the rest of the album and that is followed by 'I Think I'll Disappear Now', which confronts how you deal with an ex-girlfriend when you are in the same vicinity and has the best description of seperation hatred I have ever heard, this being 'Running in to you like this without warning is like catching a sniff of tequila in the morning, but I'll try, try to keep my food down. '

'How Does A Duck Know?' is a question and answer session that makes you think... why would I want to know that? But it DOES make you think, as do all the songs in a strange way. The drumming of Michel Dorge in this is insistent and the almost metal guitar over the top by Brad make a very strange, yet very pallatable combination.

'When I Go Out With Artists' is the ideal song for me. About feeling out of place around people who talk about their specalist subjects... the way I feel 90% of the time. This also has an almost folk-y charm to it... as do most of the songs I guess....but it certainly ISN'T folk music.... yet again a failure of comparison.

'The Psychic' and 'Two Knights & Maidens' are very similar in style. 'The Psychic' is a slow, whistful look on a persons visit to a psychic that musically is very minimal, although the backing vocals are very atmospheric.

'Two Knights & Maidens' is quite a disturbing story.... that ALMOST crosses into Ani DiFranco territory with the guitars, with a passing glance to the afore mentioneds 'Asked You First' in the beginning, albeit a much slowed down version. A story of how the knights were drugged and decided toplay with the tigers they thought were hallucinations....

The album closes with a track called 'Untitled'. Just under 2 minutes of Brad playing a piece of music on the piano that is simply breath taking. Not for speed, or complexity, but it's touching tone and gentle feel.

And then it is finished and you think at this point 'What crazy lyrics' but DURING it, you were thinking and it was all by the suggestions that were made. This is a fine album, a real grower and probably their best to date.... although their best song is on the previous album... but that really IS splitting hairs. The only shame is, since then, they have been no where near as good again... this seems to be the pinnacle of a career that I thought promised so much... but they did make a little piece of magic, and if you can see past it as being pompous (which it can be mistaken as) then I am sure it will have a space in your collection.

In a beautiful place out in the country EP