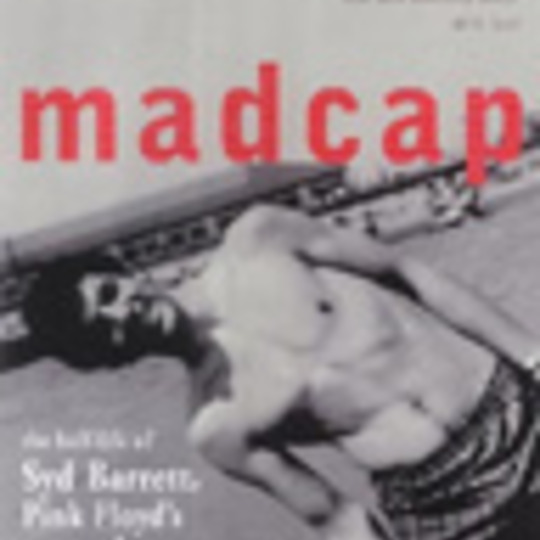 Everything I knew about Syd Barrett, prior to reading Madcap:

After reading Madcap, I can add these exciting facts to the list:

It starts with a knock on a door. The subject opens the door in his underwear. One hundred and fifty pages later, the subject slams the door in the biographer’s face. Tim Willis should have taken the hint.

In the forward, Willis states that “There is still a wealth of material to be uncovered by researchers more assiduous than me.” He provides a rather weak defense for his book by stating he has "at least" arranged these contradictory portraits into some kind of chronological order. Additionally, he goes on to assert that “if you can’t find any well-known Barrett tale here, then it probably didn’t happen, or is too trivial to mention.”

So the question remains, what is Willis offering in this portrait? Attempting to recover memories by people who may or may not have been present, and whose consciousness was undoubtedly impaired to some degree, does not a well-researched, thorough biographical sketch make. Indeed, Willis talks more about LSD than any of his interviewees; he also seems to spend a lot of time making armchair diagnoses regarding Barrett’s mental condition, without providing any kind of context, nor does he even explain what behaviors Barrett exhibited that led him to conclude it was one disorder or another.

In an email interview (the closest Willis gets to speaking with a family member), Barrett's nephew Ian states, _“What really makes me sick is the way he is written off as a madman – a rock genius who was just such a crazed madcap that there is no need to worry about the extent of pain and anguish he went through. Without going into details, I don’t think people are prepared to understand the true extent of Roger’s breakdown or the pressures he was put under.”_ Again, Willis should have taken the hint.

Madcap makes no contribution to the history of Syd Barrett or Pink Floyd beyond perpetuating the myth of an eccentric rock genius that couldn’t keep his shit together. What’s worse is that Willis’s repeated admiration of Barrett – especially at the expense of David Gilmour, Roger Waters, Nick Mason, and Rick Wright – is completely undermined by his juvenile and disrespectful behavior. The book opens with Willis knocking on the front door of Barrett’s Cambridge home, stammering out some ridiculous pleasantries; the door is slammed in his face, yet he still returns to harass Barrett during his gardening and then stuffs a letter into the mailbox. The last two chapters analyze the few scant words exchanged. Willis’s book amounts to little more than fodder for more Syd conspiracy theories; his idolatry interferes with his reporting. I doubt that Barrett himself will be pleased or impressed by this intrusive homage.

Windsor For The Derby at The Cella @ Sanctuary Cafe, Brighton, Mon 06 Jan