Ready Steady Go!: Swinging London and the Invention of Cool 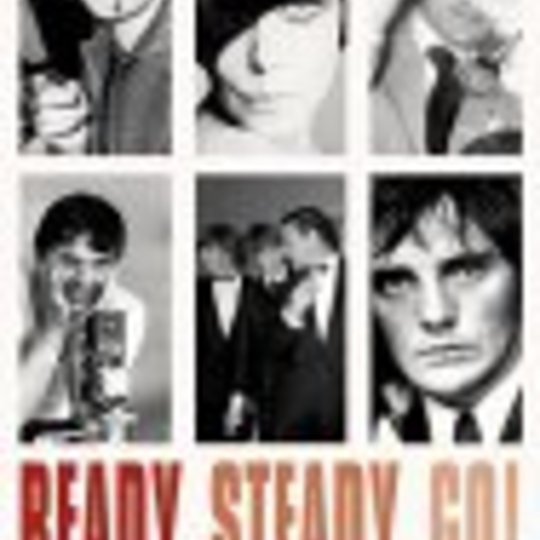 For a few short years, in the aftermath of the second World War, America surrendered its identity as the centre of cool to what became known as Swinging London, the international hotspot for music, fashion, art, and film. The Sixties, as anyone over the age of fifty incessantly bangs into our skulls, was the moment where you should have been, where you wish you had been.

Shawn Levy's Ready Steady Go!: Swinging London and the Invention of Cool attempts to define the zeitgeist, detailing the who and the how of the where and the when. Following such names as David Bailey, Vidal Sassoon, Mary Quant, Robert Fraser, and Brian Epstein - and of course the Beatles and the Stones - Levy presents the biographies of everyone who made London Swing, using them to reveal the overall picture of life in Swinging London.

The book, unfortunately, is large on concept and low on content. It starts off promisingly enough, painting a picture of British life in the early 1960s, the rise of youth culture, and the excitement brought about by the creative, innovative people who took over Caranby Street and changed how we present ourselves. Unfortunately, by singling out certain members of the Swinging London society, the narrative loses track of itself when trying to tie them all together, assuming common knowledge or other documents will fill in the gaps. In addition to its obvious bias towards the Rolling Stones (Mick Jagger specifically), the book drifts off into a poor Stones biography, lapsing in its train of thought like your senile aunt who changes the facts of her story with every telling, before finally lamenting Swinging London's inevitable fall to tourism. The narrative's repetitious cross-referencing contradicts itself, leaving one to wonder just who it was that turned John Lennon's dentist on to LSD but not bothering to explain why anyone should care. The obvious typos and incorrect quotation attributions demonstrate the need for this book to go through another round of editing.

Focusing on such irrelevant details as Brian Epstein's naive business sense and the constant reportage of who Jane Shrimpton was dating turns the book into a Chelsea Set tell-all rather than an historical deconstruction of an era that changed the world.

Strung Out, The Start, Cry For Silence, Not Katies at Astoria 2 formerly Mean Fiddler, London, Wed 0