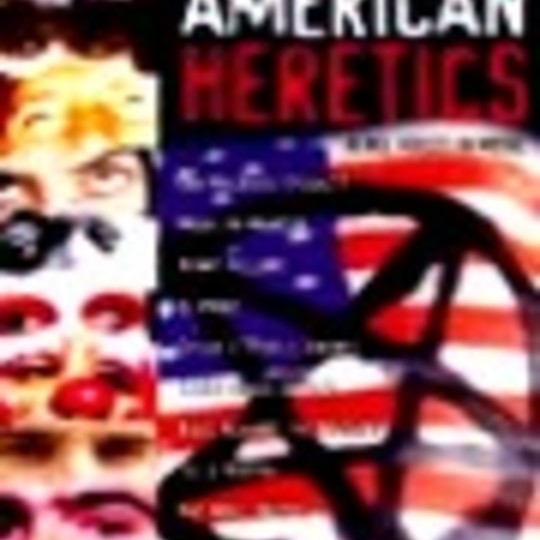 Ben Myers** is one of our best rock n roll writers.

Since he moved down from the North East Ben has become one of the main writers on Kerrang and many other magazines. He writes about rock n roll with fannish enthusiasm and a rare idealism. An innate understanding of just what makes rock music tick that is at odds with the Fashionistas droogs who infest the industry. After five years in this filthy business he, amazingly still manages to maintain his enthusiasm and a humanist, political edge to his writing.

In this, his first book, a collection of interviews with key politically motivated US artists called 'American Heretics' he rounds up the usual suspects- the post punk rock heroes who somehow managed to retain some of the politics and sheer will power of the original punk rock flame (never forget that the original inspiration for many of these voices came from the late Seventies British punk scene and the English heretics like Crass and their ilk are still out there fighting the good fight) and have made something inspirational, motivational and powerful out of it.

Great interviews with: Henry Rollins, Ian Mackaye, Jello Biafra, Casey Chaos, Rage Against The Machine, (the rarely interviewed) Fat Mike from No FX, At The Drive In, Marilyn manson and Slipknot represent Rock world, whilst the awesome Chuck D speaks for the righteous side of hip hop.

Each interview makes you want to form a band or make a noise!

Stalking the dark heart boundaries of rock. The interviews cover everything from shitting onstage to political protest from riots to calculated wind ups.

If you still believe that music means more than midweek chart positions, Gareth Gates inventing spiky hair and Geri Halliwell pretending she invented yoga as a slimming aid then this book is a must. These are powerful voices and in a world going increasingly insane its a great to hear these voices again and again and its great to hear them interviewed by someone who cares and understands and is not looking for some poxy journo angle.

Buy now if your a true believer in the punk rock ethic and still feel that loud, raucous music can make the world a better place- infact buy now if your an utterly selfish-dope-smoking-rider obsessed rock chimp and acting like the sort of Lord Fauntelroy you despised when you first got into the glorious six string rush!