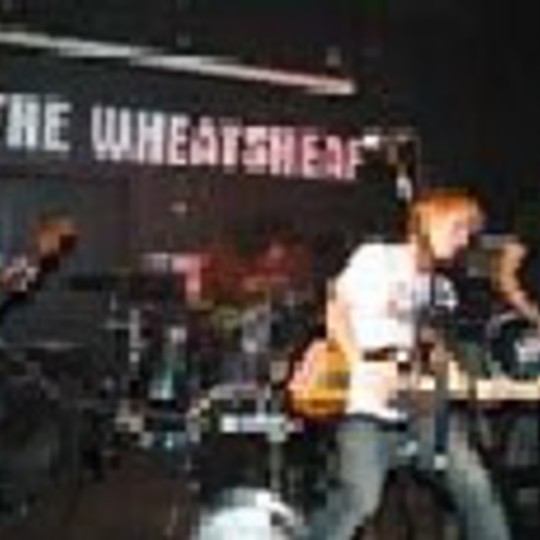 Its not uncommon here at DiS to receive demos from bands who aspire to sound just like their heroes (and then proceed to sincerely list their influences). And yet, when the button is activated, the only coherent noise emerging is one of a bunch of sixth formers perfecting the art of covering their favourite album during a free period.

Therefore, it gives me great pleasure to introduce you to Oxford's Fell City Girl, a four piece whose only real distraction is to make their next piece of music more grandiose than the last.

Take the opening 'Weaker Light' for instance, a Wembley-sized epic the likes of Keane would give blood to be able to write. Before one has chance to draw breath, singer Phil McMinn chokes out the words "This is my church, and this is my pretty wife, this is my son, and this is my focused life..." amidst a smouldering deluge of chiming guitars that simply bleed the fingerprint stains of both Jo(h)nnys Marr and Greenwood. In turn, McMinn's vocal holds the same passionate quaver as Talk Talk's Mark Hollis whilst sharing Jeff Buckley's pleading gravitas.

Throughout the four songs on here, it becomes quite obvious that Fell City Girl have their sights set on a higher plain than many of their contemporaries. This is never more apparent than during the colossal six minute epic that is 'Rudolph Valentino, Star Of The Big Screen', which can almost be described as a three songs laid into one, a trilogy of emotions that rivals Hope Of The States' 'Black Dollar Bills' for its auspicious bravado. A 'Bohemian Rapsody' for the new bohemian generation, perhaps?

Every song on this demo could, and probably will be, a single in its own right. The word "filler" obviously has no place in Fell City Girl's vocabulary. Quite simply, Fell City Girl are the sound of an unmastered Jeff Buckley recording receiving the full makeover of a Muse sized skyscraper. And yet remarkably, they're still unsigned.