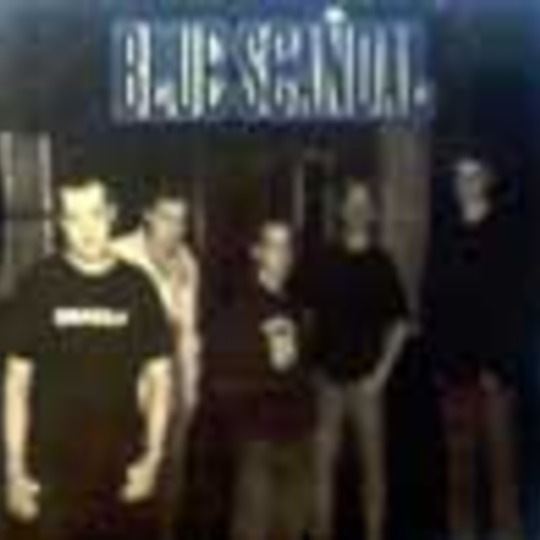 5 regular looking guys from Sheffield, Blue Scandal are an "indie/alt. rock" band (their words) who almost supported Puressence. With time they might get the chance to play with some faded almost-were indie stars. At just over a year old they sound like they're on the right track. Falling into their self appointed genre comfortably. Opener, 'Adhesive Heat', is a pleasant enough rock track, notable if only for the lead guitar doing a rocked up rip-off of the main riff from 'The Model'. Track two, 'These Dead Things' slows it down a bit and sounds uncannily like the more pedestrian tracks by unsigned indie scene stalwarts Skinflowers. 'Nothing But Frailty' continues this trend, though with a shimmering chorus-heavy effects pedal deployed. The generous would compare it to Radiohead's 'Fake Plastic Trees'. I'd merely described it as slow and a bit depressed. 'Full Circle (Again)' is more of the same, though the chorus pedal has been exhanged for a phaser. Concluding with 'Hangover Sun' it's still rather depressing. Guitar pedal guest spot this time is Delay.

Bands that want to be earnest often end up sounding like moaning tortured bedsit saddoes and Blue Scandal are no exception. It's not that I'm demanding a four-to-the-floor disco stormer, but The Smiths and The Cure exhaled their angst without an unremitting reliance on slow minor chord strums and clinically depressed vocals. Something Blue Scandal should take note of if they plan to progress beyond the toilet circuit.