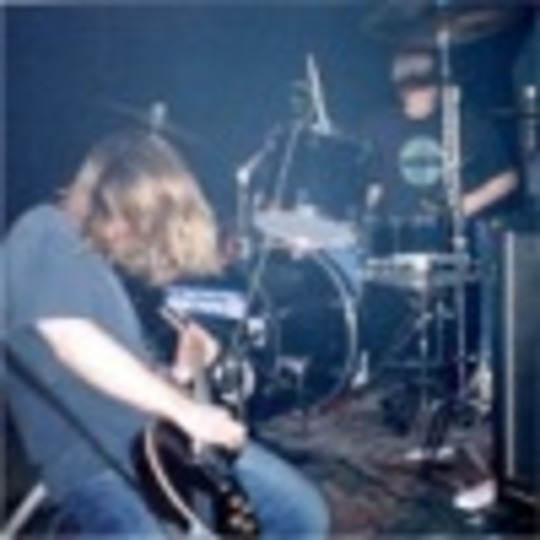 Surely, planning permission is required to build riffs this big. Or so you would think. Still, anything that you construct, you'd probably expect these guys to unceremoniously demolish.

Winnebago Deal are a two piece from Oxford. And no, they are _nothing like the White Stripes_. Unless Jack White forsake the blues for full on, balls-out skull crushing rock n'roll.

This four track demo EP is as raw as the band themselves, and doesn't really do them the justice in representing the punishment that they so gleefully meet out when playing live, but it's a pretty good indication of their agenda.

The two Bens (guitarist & vocalist and drummer respectively) have forged a dizzying set of 100mph, crunching, full-ended, heavy as fuck songs. Opener 'Manhunt' comes on like a beefier and widdle-free heavy metal act. "hunt it, hunt it down, that son of a bitch, outta town." Is pretty much the sole lyrical basis of the tune, but no issue, its pretty much flawless. What is striking is how musically refined the songs are for a demo.

In terms of production, there is a lot left to be desired, the vocal seemingly lurks on the fringes of the song, and it lacks the sharpness and clarity of a good producer. But these are mere details.

The theme of rock annihilation continues through 'Maximum Overdrive' and 'Crib Job': giant, concise riffs that slam their way through the songs in an utterly exhilarating manner.

Final track, and probably the clincher, 'Takin' Care Of Business' is a self-fulfilling musical prophecy. In a Ronseal-esque fashion, it really does do what it says on the tin. Its tremendous.

Catch the band around their home base of Oxford, or for you capital-centric people, when they are next scheduled to be in the big city on 1st December, supporting Ten Benson. I can't remember where though. Hunt them down.