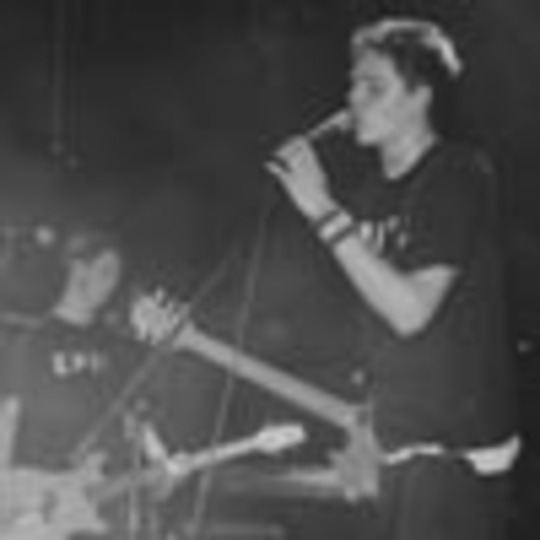 With a name that could be culled from one of Harry Potter's adventures and a sound fresher than a Harpic factory, newcomers Phoenix Down are already shaping up to be the ones to watch.

Thanks to winning Nottingham Rock City's Battle of the Bands, the quintet (formerly known as Redeye Jedi) recorded this, their debut EP, on the cheap and it's a stormer.

Building on their previous efforts, the band mix Gothy keyboards, rumbling bass, heart puncturing guitars and the voice of a man named Roscoe (aka Bernard from Llama Farmers on the blob) to deliver four solid cuts that twist you up, slap you up and drill into your brain.

These 4 tracks serve as Grade A examples of the art of tension. From the opening sampled strings on 'Those 2 Lives' leading you in, to the paranoia inducing exit of 'Watch (They're Going To...)' (passing through the punky 'Machine Song' and '2029AD'), Phoenix Down do as a matter of fact what other bands struggle to contrive.

The decibel peaks and troughs are perfectly timed like the rushes and rests of a white knuckle ride, fucking with your head without quite making you chuck up all that cheap candy floss. Som Wardner wishes he was half as fucking good as this!

In places they evoke all sorts of comparisons, but to list them would be unfair. If you like your music dark, ferocious and intelligent without being hoity toity art school bollocks, start voting with your wallet and your feet because these guys not getting to play with rock's big boys would be a waste.