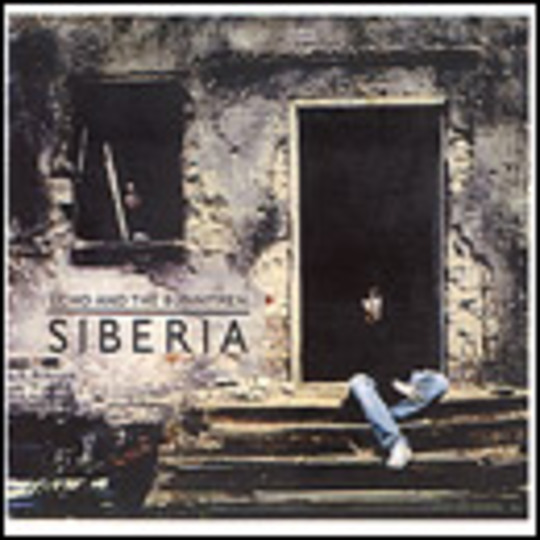 In the timeless debate between "classic" and "nostalgic", Echo and the Bunnymen’s Siberia manages the tricky task of giving both sides of the argument ample firepower. It is the band’s fourth release since re-forming and enlists Heaven Up Here producer Hugh Jones to once again assume control as principle knob-twiddler. The result is a spit-shine polish worthy of any Marine drill sergeant’s boots - this is where our assessment shows the first signs of trepidation. In this artificial lo-fi age, our ear drums aren’t necessarily accustomed to “crystal clear”.

Siberia is – let’s cut to the chase here, shall we – essentially a re-make of the Grey Album, the fifth and final installment original band members recorded and released some twenty years prior. Despite the sunnier demeanor, the turmoil surrounding the band is evident and the quality of songs had dropped accordingly. However, if Chris Martin is any indication, history seems hellbent on remembering the band for Lips Like Sugar rather than the darker material which preceded it. Siberia is an acknowledgement, the band’s own seal of approval that they’re happy to be remembered at all.

A precocious charm emanates from Siberia, a characteristic the album isn’t the least bit ashamed to admit. If it ain’t broke don’t fix it! The self-titled record from 1985 (unofficially, the Grey Album) is universally agreed upon to be EATB’s weakest effort of the period, which isn’t to say it was a bad record. What’s more surprising, the Grey Album is where the band perfected its signature sound. Will Sergeant’s bittersweet metallic and melodic leads over simple delay pedal two, three chord songs; Ian McCulloch’s rich red wine voice occasionally going spazztic on us. Casual fans will only remember the Bunnymen through these songs as they sporadically appear in mostly embarrassing 80s romantic comedies. Part of the reason I still have fond memories of Molly Ringwald is because I associate the oddly attractive, kooky redhead with EATB, the Psychedelic Furs, The Smiths and so on. And her sexy lips, too, of course.

Running down Siberia’s pros and cons, things have neatly stacked up and been on schedule thus far. We ought to conclude with Siberia being an Oasis-styled self-tribute album, give it a single fuck you! star and call it a day, right? Wrong. The problem with that theory is Siberia happens to be a better collection of music than the sturdy parent Grey Album. 'Stormy Weather' steals from 'Lost and Found'; 'Parthenon Drive' steals from 'Over You' and so forth. Other tracks on the album can point to tunes from Evergreen, What Are You Going To Do With Your Life, and Flowers – the other three albums from recent years – as musical relatives. Overall, the tracks on Siberia are a more impressive lot than anything the band has done in twenty years. Which, to be sure, is a backhanded compliment because they haven’t done anything really spectacular in 21 years. The most obvious question is why the Bunnymen in 2005 continue to steal from their own marginal work instead of the brilliance of Crocodiles, Heaven Up Here, Porcupine, and Ocean Rain? If I had to guess, I’d say McCulloch and Sergeant maintain enough self-awareness to realize lightning doesn’t strike twice. A cynic is liable to offer the same quip only with an acidic snort punctuation mark.

The best tracks from Siberia are the ones that do, indeed, deviate the most from the Bunnymen recipe. 'Of A Life' is a foot-stomp piece of classic rock which reminds us why we wish Mac would drop the faux-Sinatra crooning and rawk-out a little more often. 'Scissors In The Sand' could easily be mistaken for a track off Electrafixion’s Burned, its roots firmly planted in 90s grunge.

Echo & the Bunnymen kicked off their re-formation efforts in the late 90s with Evergreen, an album produced from the same musical blueprint as Siberia, namely, exploit Sergeant’s brilliant fuzz guitars and Ian McCulloch’s sweeping vocals, reciting his cloak and dagger lyrics. Evergreen suffocated under its one-dimensional application; Siberia cautiously led itself stray often enough to provide an appetizing variety. If you’re curious to know why Echo & the Bunnymen are considered one of the best bands of the 80s then I’d point you to one of those early masterpieces. If you’ve never liked them, then Siberia isn’t going to do anything to change your mind. If, on the other hand, you’re a Bunnymen fan who always thought the band failed to deliver its quintessential sound, then you, my friend, can sleep easy tonight.