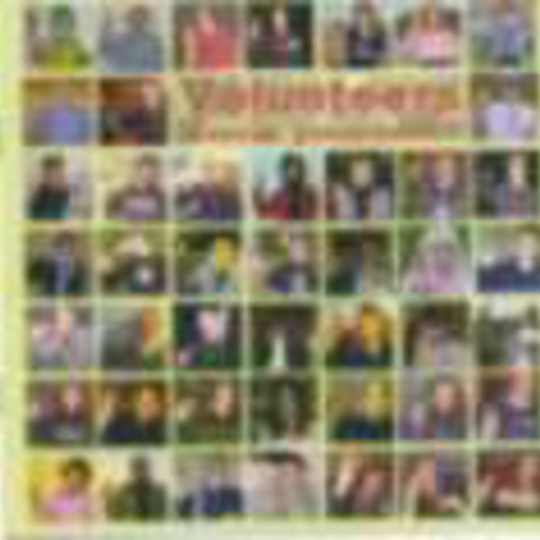 A Volunteers song can be recognised by several distinguishing features. These are: minimalist, shouted lyrics; a tempo so fast you could have a heart attack trying to keep up with it on the dance floor; loud loud LOUD drums; guitars with more rhythm than tune; and, finally, brevity – this fifteen song album is over in twenty minutes and thirty seconds. That’s fairly fast by anyone’s standards – except possibly those of The Descendents, who don’t count because they were clearly just being perverse for the sake of it*.

Volunteers, on the other hand, are obviously not doing this in the name of any kind of mulish pretension: they simply love the music and feel driven to play it. They also give a damn about it – and then some.

Which makes it sound as though this is some kind of musical tract, a dogmatic punk-thrash-the-politics-home sound the like of which you can hear purveyed by a zillion leather-jacketed amateurish messes of bands in a zillion dingy pub back rooms across the country. But this is not the case. Volunteers are not here to preach; nor are they here to appropriate music as a joyless medium for their doctrine. Volunteers have something to say, yes – but they also have a yearning for fun. They want to shout and jump around, they want to mime extravagantly along to their songs and wave their arms in the air, they want to write bass lines with such an exuberant rebound to them that they elicit spontaneous grins from those who hear them.

Volunteers are, make no mistake, an angry and driven band. But it’s a different kind of drive and anger to that peddled by most bands of their ilk. When Volunteers pour their anger into their songs it doesn’t wrap round itself, freeze and go nowhere: it gets changed, it gets released. Volunteers pour their anger into and right through the music, taking the tail-chasing introspection of frustrated rage and turning it into a forward drive. This is clearly an angry record, but it’s a constructive one as well: it allows release and catharsis (without ever falling into the trap of happy-but-dumb-utopian drivellings) and it revels in the joyous kinesis that anger can give when it’s not allowed to fester and grow stale. Listening to Know Yourself doesn’t evoke frustrated rage and the desire to punch something. Instead, it makes you happy.

So then; Volunteers’ minimalist repetition and superlatively cathartic shouting is worth a thousand detailed but impotent political rages, and you should buy this album. Because it takes an old, tired template and injects new life into it; because it’s passionate and alive and it cares. And because it’s positive and intelligent both at once, which is a fucking hard trick to pull off in such doomed and broken times as these. And if you can’t dig that, you’re probably dead.

*This is not intended as a dismissive criticism; The Descendents were ace. But that doesn’t prevent their being the most wilfully contrary bunch of bastards who ever named an album after lard.