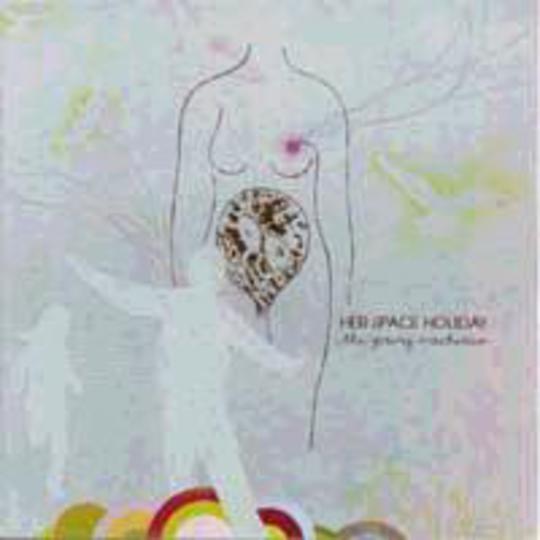 Forgive my trepidation, but the prospect of wall-to-wall remixes hardly filled me with enthusiasm 44 minutes ago. I mean, reassessing the work of oneself is entirely acceptable, but allowing ten of your songs to be tickled and twisted into all-new shapes and sizes by ships passing in the night is another matter altogether - it's letting loose completely of one's intellectual property, allowing others to claim credits above those due the artist's way. It almost seems wrong that Marc Bianchi can release this under his Her Space Holiday moniker, so different are the tracks (sometimes) from their two-year-old templates.

Those doubts are 44 minutes old, though; right now, I'm reaching for repeat and going around all over again.

Not everything clicks like it should - Arab Strap should add some significant dankness to 'Something To Do With My Hands', but instead turn it into a buzzing and throbbing electro-pop number (although the subject matter - "So my girlfriend has no clue of how much I've been fucking you" - suits the pottymouthed Scots perfectly). Highlights are abundant however: Matmos' reworking of 'Tech Romance' stirs thoughts of Homogenic - predictable yes but luscious nonetheless - and Stereolab's hotchpotch cut 'n' paste work on 'Girl Problem' is irritatingly addictive, one moment coming on all 60s garage rock, the next like its imitating a distress beacon from outer space. It's the Dntel take on 'Japanese Gum' though that scores highest marks, its light touches of jazz over sweeping strings suiting the whispered vocals perfectly. The end result's utterly enchanting.

The Album Leaf, Super Furry Animals and Broken Spindles offer noteworthy contributions too, but it's those mentioned above that continue to resonate once they've finished, rendering the pressing of that repeat button an inevitability.

Can't Explain / Hard To Talk To

The Notwist, themselves, 13&God