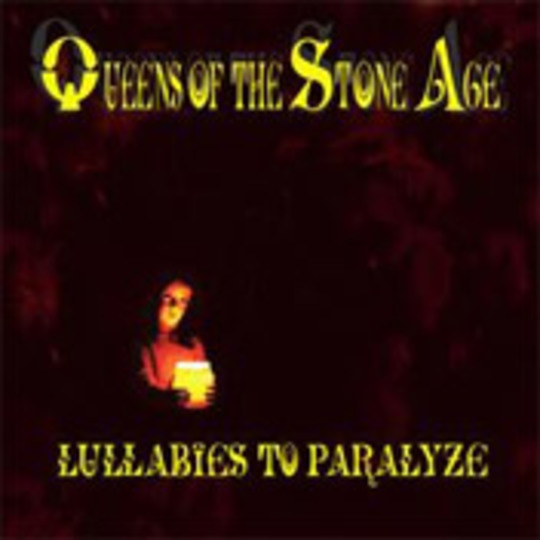 During the promotion of the last album from Josh Homme**'s Desert Sessions side project, the band performed on ‘Later with Jools Holland'. After the show, two awe-struck young record label representatives went backstage to congratulate Homme on his performance. Spying the two underlings, Homme towered over them: "So guys, where's the record company cocaine?" he boomed sardonically. The two looked at each other, terrified. "I... I've got a bit of MDMA powder," muttered one, nervously. "What is this ‘MDMACBM02'?" sneered Homme. "I asked for cocaine, not a chemistry lesson..._"

Ah yes, the Homme ego. It's taken him from playing in ‘specialist' bands like California's Kyuss** to the A-Grade of US alt-rock, with a revolving cast of musicians in support. Like a ginger colossus, Homme stands astride rock's multi-faceted empire, one size twelve planted firmly in the hairy Kerrang camp, the other equally at home in arty farty NME territory. Such is the respect that he commands, it's unlikely anyone else could've convinced Dave Grohl to resume sticks-duty. The Homme ego also led him to the shock move of booting out his best buddy, nude bassist Nick ‘Tornado' Oliveri before making this, their fourth album.

Thus ‘Lullabies To Paralyze' introduces Queens Mk. II, a band far deeper under the helm of Homme. And can't you tell - vocals are almost exclusively his, bar Mark Lanegan's gravelly opener ‘This Lullaby' and the curious bonus track cover of ZZ Top's ‘Precious and Grace'. ‘Lullabies...' has Homme stamped right through it, and its Homme at his most self-indulgent - he's intent on convincing us that QOTSA isn't the great drug and booze-fuelled party it first seemed. Oh no. It's a Serious. Musical. Endeavour.

Because ‘Lullabies...' takes the sprawling, claustrophobic, bass-heavy sound of ‘Songs For The Deaf' and squares it. Almost completely rejecting the focus, melody and treble of their first two albums, ‘Lullabies...' is difficult, confusing and just plain dark. A line like ‘Feel Good Hit Of The Summer's "Nicotine, valium, vicodin, marijuana, ecstasy and alcohol_" used on here would be akin to playing Blink 182 at a state funeral.

The first half is the weakest - it seems unsure of itself, unable to let go. ‘Medication' takes garage rock's moddish angst and powers it with the stoner rock sound. It displays a rare moment where QOTSA seem too aware of what's going on around them and of their own ubiquitous status in music. ‘In My Head' was the stand-out track on the last Desert Sessions album, but here it gains nothing on the original and sounds startlingly out of place. Meanwhile, the first single ‘Little Sister' neatly fits Oliveri's description of the new band as ‘Queens-Lite'.

Such a term could not be applied to much else. Tracks like ‘Everybody Knows That You Are Insane' and ‘Tangled Up In Plaid' contain all the right elements of multi-tracked chugging guitars, tinnitus-inducing piles of bass, haunting harmonies, layer upon layer upon fucking layer of NOISE... but they also seem lacking in the tune department. ‘Burn The Witch_' introduces two recurring themes throughout the album - the blues, and a strange new dependence on clichéd horror imagery.

Side two goes weirder, darker... and thankfully better. Most notable is ‘Someone's In The Wolf_' - surely the album's centre point, it turns everything that's bad about this album - tunelessness, murky over-layering, dependence on horror imagery - into genius. Imagine Black Sabbath soundtracking The Blair Witch Project and you'll get halfway close to how bizarre, creepy and ridiculous this track is, featuring unintelligible whispers, sharpening knives and a repeated chorus of "So glad you could stay... forever", which will surely be adorning posters for this summer's horror blockbuster.

‘Broken Box' is a great chick-put-down track ("take that fucking pussy elsewhere / save it baby I don't care") and ‘Skin On Skin' is a stone-heavy, lurching evil drug-shag of a song, featuring Stooges wah wah and manic screaming. It's as if it's taken the band a side and a half to realise what they're best at... and then they blow it all with the go-nowhere ego-trip of ‘"You've Got A Killer Scene There Man..."', a bluesy soully outing which features the inevitable appearance of Homme's bird, along with Shirley Manson, on ‘sultry vocals'. Finally, ‘Long Slow Goodbye_' does exactly what it says on the tin.

If ever there's a band which QOTSA seems intent on mirroring, it's Led Zeppelin. Both bands started out with a formula of great tunes with perfect melodies weighted with the heaviest riffs imaginable. Both gradually replaced all of the above with pointless self-importance. Regardless of the journeys such sonic adventurers take us on, it always seems as though the first albums shine the brightest.

‘Songs For The Deaf' worked because it had the tunes to handle the drama. It dared you to hate it at first so that it could eventually win you over, which made its triumph all the greater. But with ‘Lullabies To Paralyze' you're waiting a long time to be won over, and when it finally happens, it's far too brief.

Pomp and circumstance weighs heavy on ‘Lullabies...', and we can't help but think Homme would be more fun if he lightened up and stop taking himself so seriously.

Why Do You Love Me

It's The Music (they're dancing to) / Can't Kid A Kidder