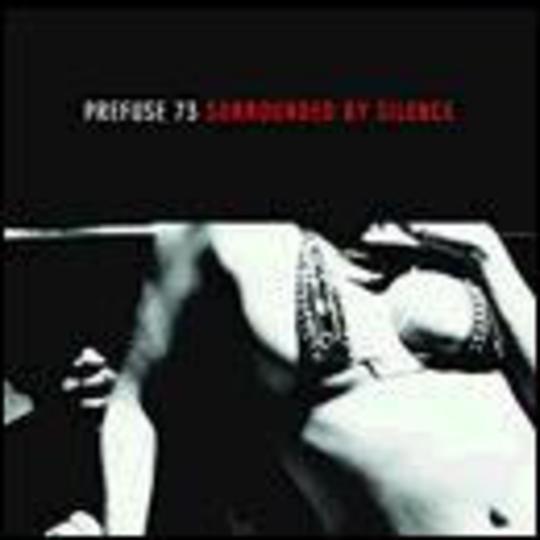 Album number three from Scott Herren, aka Prefuse 73, follows nicely from previous long-player One Word Extinguisher. That’s not wholly complimentary - much of this album treads already shallow water, so much so that it’s hard to find critical praise for one-time pioneering distorted melodies and glitch-beats that are now basically recycled. Suffice to say that those wanting significant progression will find _Surrounded By Silence _mostly lacking.

That said, Herren is still very much at the top of his game; his game being one of splicing hip-hop talents with stuttering beats and progressive breaks. The guest lyricists here are premier league - Aesop Rock’s excellent tongue twisting on ‘Sabbatical With Options’ and Bean’s brief cameo on ‘Morale Crusher’ comprise notable highlights - and when the formula works best it still sounds revelatory. Finding flaws in the flow of Ghostface and El-P on ‘Hide Ya Face’ is a fruitless exercise. A lack of consistency though presents buyers with a dilemma - retread the past for a few fleeting glimpses of the future, or hang tight for something with guts enough to push this envelope even further? Me, I’d choose the latter option unless this can be found at a bargain price.