Dinosaur / You're Living All Over Me / Bug 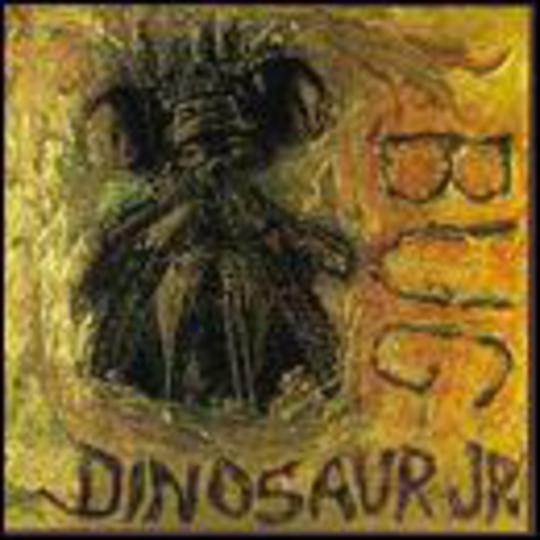 Immortality established, reunion imminent; what better time is there for a trio of Dinosaur Jr (nee Dinosaur) reissues?

The back story you should already know about – boy rocks out with boy, another boy bashes things, boy falls out with boy, boys become men, men gripe about each other, men finally kiss and make up – but what you might be missing is the aural documentation. Well, here it is: Dinosaur Jr’s first three records, lovingly reissued with bonus tracks, videos and excellent, informative liner notes from the likes of Byron Gadfly, Mike Watt and Thurston Moore.

The trio’s eponymous (at the time!) debut (3/5) is unlikely to tickle the fancy of newcomers to these proto-grunge legends, but old hands missing it from their collection will hear the very earliest foundations for what was to follow. The production is fuzzy and J’s vocals lack any real sense of conviction – it’s very much the sound of a band palming their way through the recording process with no real pointers or assistance; indeed, the record is mostly self-produced – but there’s a charm to the likes of ‘Does It Float’ (a bonus live version of which is included) and ‘Forget The Swan’ that can’t help but prompt a smile. Recorded in 1985, Dinosaur showcases a band trying to offer that something a little different from traditional hardcore and punk, way before the eventual big guns of Sonic Youth and Mudhoney got their acts together in a similar way.

You’re Living All Over Me (3.5/5), from ’87, is a totally different record – the ramshackle charm and rough edges remain, but production is glossier and J has overcome whatever inhibitions plagued his vocal performances an album earlier. ‘Little Fury Things’_, the opener here, is the band’s first real ‘classic’ – chances are that you can hear it to this day in select indie clubs. Of course, ‘Freak Scene’ would top it, but as curtain raisers go it’s comparable to the mighty initial impact of ‘Smells Like Teen Spirit’. ‘Sludegfeast’ is as drenched in sonic squall as its name suggests, but J’s lyrics smack of romance, turning what could be a noisy monstrosity into something altogether sweeter. ‘Just Like Heaven’, a video for which is included, balances the raw punk of the band’s formative stages with heavenly indie-pop verses to stunning effect; it’s a killer closer to an album which, to be fair, has its share of downs (‘Poledo’, for one, plus a brace of far-too-quick fade outs) but more than enough ups to warrant immediate investigation by anyone, be they old-school fan or complete newcomer. It is, perhaps, one of the first ‘proper’ grunge records.

Bug (4.5/5) is the crossover success. If you don’t have it, you need it. It is the bona fide classic in the Dinosaur Jr cannon; the one record that still sounds enormous to this day. Indeed, if it were released today critics would fawn over it as they may well have done back in ’88 – to tell you the truth I was too busy building dens in the woods back then to care much for musical critiques. ‘Freak Scene’ needs no introduction – I already mentioned it anyway – suffice to say that you’ve heard it even if you think you haven’t. Not one to outstay its welcome, Bug is over in just 10 songs, but each of them is infinitely comparable to a number of more successful, in this country at least, grunge acts. The songwriting has increased tenfold since You’re Living All Over Me, with Barlow and Mascis really beginning to flex the grey matter muscles that would see them praised in later years as not only scene lynchpins, but spokespersons for a generation of indie rockers. A never-before seen video for ‘No Bones’ will attract those that already hold Bug close to their previously plaid-clad chests, but really, if you like music – be it grunge, indie, punk, whatever – you will love this. Period.