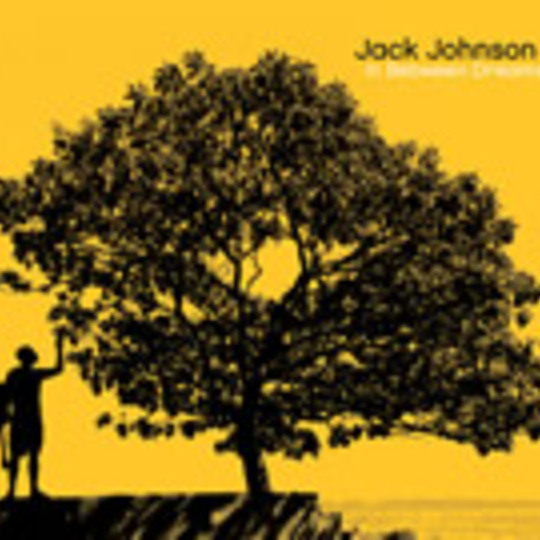 What musical innovation is there to expect from a third album by Jack Johnson? Skiffle? Perhaps a foray into melodic hardcore? Anything other than wistful folk pop to be played fireside? No, no and, quite obviously, no again.

In Between Dreams is as reliable and predictable as an episode of Seinfeld, comes complete with plenty of the starry eyed cod philosophising we've come to expect, and while slicker production makes 'Never Know' and the infectious 'Good People' shine as standout tracks, there's plenty here which manages to be instantly forgettable due to its similarity to older material. 'Banana Pancakes' is especially insipid with Johnson's playfulness with words and childlike rhymes ("'Cos you're my little lady / Lady lady love me / 'Cos I love to lay you lazy"). Throwaway interludes like 'Situations' and 'Belle' add little impact and weaken the flow of the album as a whole.

Ultimately though, this is not the accompaniment to deep introspection and so shouldn't be delved into too deeply. Despite the horrendously awful title, first single 'Sitting, Waiting, Wishing' is an infectious piece of folk pop that I know I'd sure as hell prefer to hear on my local radio station than Fiddy and friends. Again. As one dimensional and unadventurous as it may be, In Between Dreams is stronger than 2003's patchy On And On, instantly accessible and just really quite pleasant. This will be the soundtrack to many a summer to come.