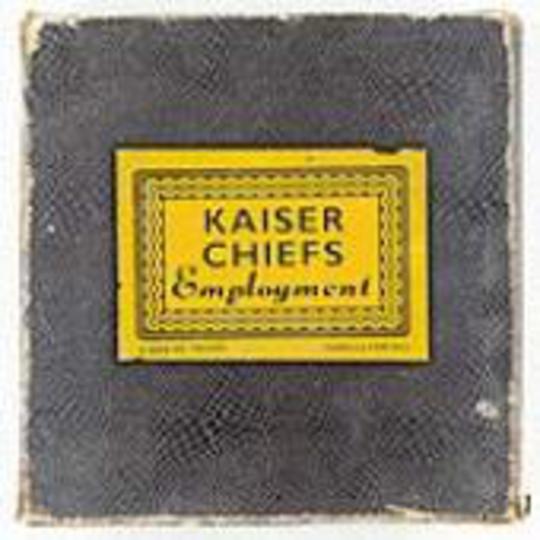 So, here it is at last. The Kaiser Chiefs’ debut LP, and whatever the relative merits of their name, it’s a bona fide pop classic.

Although said roots are firmly entrenched in British rock’s heritage, to dismiss the Kaisers as ten years too late would be folly. With nods towards the likes of Madness and a heavy smattering of keys, they’re more than a bunch of Britpop revivalists.

Whimsical numbers like ‘Caroline, Yes’ (with its Pet-Sounds nodding name) and ‘You Can Have It All’ are reminiscent of the Beach Boys, and will disappoint those expecting a slew of sing-along pub anthems in the same vein as ‘I Predict A Riot’ and ‘Oh My God.’ Needless to say, both of those hit singles are among the album’s 12 tracks and sound as delectable as ever.

It’s a surprisingly eclectic record, with the pace shifting from urgent at the outset (‘Everyday I Love You Less and Less’) to comatose at the finale (‘Team Mate’).

Lyrically, it’s an album packed with observations. Some astute, and some not. ‘I’ve got to get this message to the press / that everyday I love you less and less’ suggests a disdain for the media’s preoccupation with celebrity relationships, and is in the former camp. ‘Pneumeothorax is a word that is long,’ on the other hand, belongs to the latter. But this is a pop record, so forgive them for such nonsense.

Try not to worry too much about where it comes from, or who else it may or may not sound like. Instead, enjoy a record that is quintessentially British, without pretension and most importantly, a whole lot of fun.