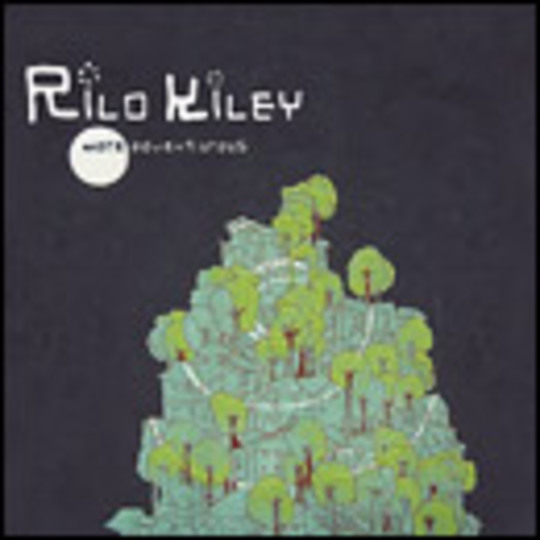 More adventurous how, exactly? By having, let’s see… four different producers work on your new record? By writing a number of songs dangerously close to Shania Twain pop-country territory? Really, how?

For all Rilo Kiley’s charms – Jenny Lewis’ quite captivating voice for one – More Adventurous is an album without a soul. It is polished to perfection in the ears of its supporting cast, including producers Jimmy Tamborello (The Flaming Lips) and Mark Trombino (Jimmy Eat World), but such gloss offers little in the way of reflection. Songs that could have touched a nerve are immediately avoidable – the saccharine vomit bag of ‘I Never’ will never again be played in this house. Introspection’s largely left shipwrecked on the rocks of Major Label Island, where expectations need to be met or it’s a feeding to the sharks for you. Thus, we’re left with a collection of songs that are excellent when assessed in a non-judgemental style, ignoring the band’s previous work – i.e. they’re great pop songs that’ll appeal to a wide audience – but an utter, incalculable void where there was once depth and feeling to the band’s music. Avoid the rocks it may, but More Adventurous is an album flapping in the shallows, unable to swim with conviction or purpose.

But, to highlight the pluses: ‘Does He Love You?’ is delightful, a tale of love gone awry that’ll have indie boys worldwide wishing they were the subject of Lewis’ unrequited affections; ‘Ripchord’ is a stripped, beaten and bruised acoustic number with Blake Sennett on vocal duties; and the parting brace of ‘A Man/Me/Then Jim’ and ‘It Just Is’ close the record on a comparative high.

With pluses so few and far between, it’s a struggle to make it through these 11 tracks without feeling nauseous from all the sickly pop filler. More Adventurous is an album for the doldrums: slow of progression and devoid of direction. Probably sell a million, then...