Everybody Loves A Happy Ending 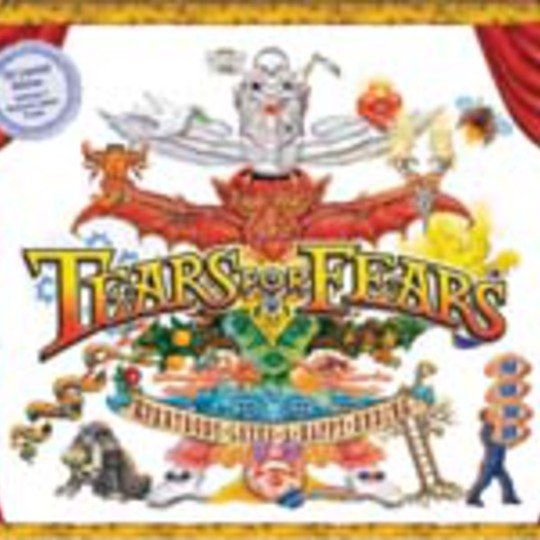 The story of Tears For Fears is long, widely known and rather dull so I won’t bother going into full detail here. You should know, however, that the band comprised of two Primal Scream therapy enthusiasts named Roland Orzabal and Curt Smith and that, after a series of large ’80s hits, the duo split following a particularly bad row and neither called the other for several years. This is their first album together since 1989’s celebrated ‘The Seeds Of Love’ and, of course, the runaway success of Gary Jules’ cover of their early hit ‘Mad World’, which managed to somewhat re-invigorate public interest in the band. Neither the Jules debacle nor recent ’80s revivalism seem to have informed this record.

When Mansun released their debut album, ‘Attack Of The Grey Lantern’, back in 1997 critics accused them of sounding like Tears For Fears. I couldn’t see more than a passing resemblance at the time, but listening to ‘Everybody Loves A Happy Ending’ this alleged similarity becomes unavoidable. Structurally, the record takes its cues from Mansun’s second prog-tinged opus ‘Six’, flitting in and out of melodies and morphing from one section to another without warning (the artwork is equally overhashed). This is particularly true of the title track which opens with some aplomb. Momentum builds up nicely over first single ‘Closest Thing To Heaven’ – a sturdy if unremarkable Radio 2 hit-in-waiting – and the excellent ‘Call Me Mellow’, an easy equal of anything from their ‘80s catalogue.

A promising start, certainly, but one that is also misleading. The gratuitously slushy ‘Size Of Sorrow’ introduces a new, unwelcome side of Tears For Fears that is neither particularly likeable nor worthy of the remaining 45 minutes of your time. Recycling the sound effects and referencing their ubiquitous ‘Sowing The Seeds Of Love’ may have seemed like a good idea (the Eurythmics did the same thing with ‘Sweet Dreams’, after all) but on record it sounds awkward and contrived. You have to wonder how confident the band were about their return if they had to rely upon a crutch from a 15 year-old record.

What made ‘Six’ a great listen was the tense, caustic and unpredictible atmosphere it created, coupled with a seemingly bottomless sack of memorable hooks. ‘Everybody…’ lacks both these qualities, drifting into rather dull AOR territory one too many times over its lengthy running time. There are one or two further moments of inspiration – the Bacharach-esque ‘Secret World’ and the stridant ‘Quiet Ones’ being particularly worthy of note – but what Smith and Orzabal needed was a huge, kaleidoscopic production standard to match their naturally bombastic muse. Dated keyboard effects and synthesised instrumentation really don’t cut the mustard any more and the result is a flat sprawl of sound which eventually becomes indistiguishable.

‘Everybody…’ is not a total loss. To put into context, it’s a damn sight less disappointing than the new Duran Duran folly, and over time even many of the lesser tracks begin to sink in to the psyche. Let’s hope, should there be a next time, that lessons are learned and the hurdles that tripped the duo here are more carefully sized-up.