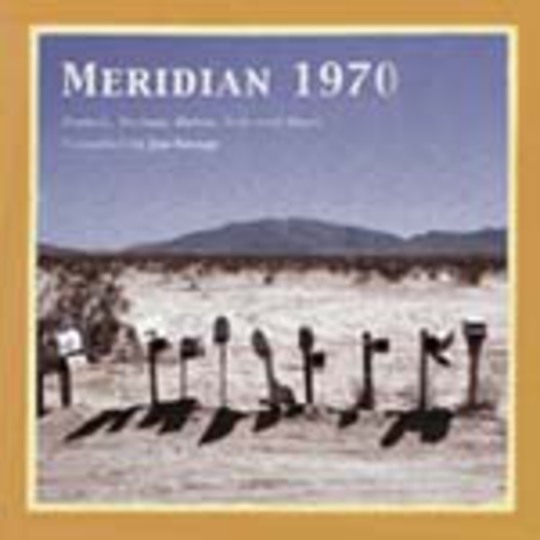 This intriguing tagline rather neatly describes the content of this lovingly put together compilation. Chief curator Jon Savage - author of the definitive 'England’s Dreaming' - concentrates on the flip from 60's chocolate-highway guitar swirls to 70's grass roots Americana. 'Meridian 1970' is a selective road trip through an often dark land of narrative contemplation. In a time when it wasn't uncommon for artists to release three albums during a single twelve month period, a stream of sometimes forgotten, yet consistently vital compositions fill this record’s twenty, diverse song slots. From The Move's shimmering ‘Message From The Country’ to Loudon Wainwright III’s effortless, bluesy ‘Black Uncle Remus’, each track takes us down a moonlit cavalcade of burnt out Hammond B3s, smouldering valve amps and wandering tunesmiths.

Highlights come in the form of Danny O'Keefe's ‘3.10 Smokey Thursday’ (A Carole King number peppered with rousing, West coast harmonies), Rod Stewart's tumbling ‘Man of Constant Sorrow’, and Tommy Flanders' ‘The Moonstone’ (an acoustic led trawl through the deep, haunting countryside). These gems coupled with offerings from Nick Drake, The Byrds and Little Feat to name but a few provide an interesting insight into an often overlooked period of emotive, songwriting simplicity.