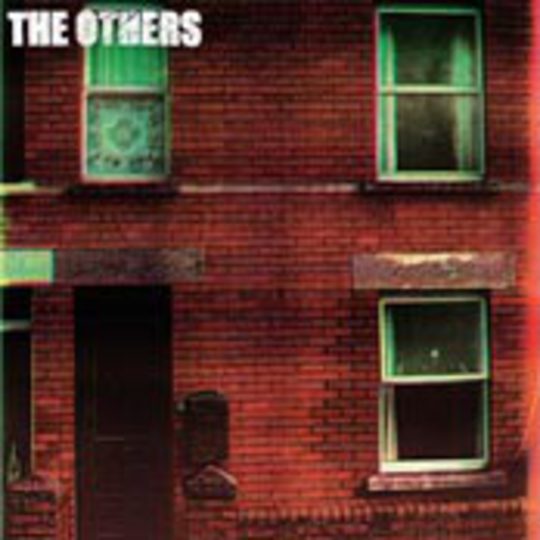 Riding on Pete Doherty's coat tails is a full time business nowadays - all over the country, bands like The Paddingtons and Thee Unstrung are setting up shop and peddling Albionic rock and roll. With The 'Tines out of action, and Babyshambles fucking their chances up by missing every gig they can, it seems the next in line for the throne are The Others. Fronted by Dominic Masters, a Somerset Mockney with an almost legendary penchant for all things narcotic, The Others peddle a slightly more simple, sparse form of what The Libertines did best, and have built up in a year the kind of fanbase that most bands would kill to get in a whole career. Their eponymous debut album sees them throwing down all the tracks that make up their energetic live show, but will it stand up as "Definitely Maybe for the 2000's" (in Masters' words), or will it become as classic as the first Northern Uproar album?

Lead-off single _'Lackey'_ steams by in a fit of heavy drums and driving bass, and sounds more fuelled by vodka and Red Bull than any other stimulants. The track also introduces us to Dom's blunt way with words; starting with the line _"I don't wanna be a lackey in a job that doesn't pay"_, the track's about fighting The Man and not working, but living the dream, as the band are doing. Add to that the nursery rhyming _'William'_ (_"Got my friend called William/He's been my friend since we were young"_) and _'Southern Glow'_, which sounds like ** The Jesus And Mary Chain** at 45rpm (check the fantastically wired bassline, courtesy of Johnny Others), and you've got one of the most solid opening triptychs you're likely to hear all year.

But like the effects of the oft-mentioned drugs, after that it's a slow comedown, save for a couple of little highs scattered about. So, we get epic 'This Is For The Poor' and the heartbreaking 'Johan' sitting side by side with former b-side 'Almanac' - a puzzling inclusion, which reeks of filler, especially on an album with so much potential. Conversely, the other b-side included here, 'How I Nearly Lost You' is one of the poppier gems on this album (riding on another fantastic bass riff), despite the fact it's actually about almost losing a friend to narcotics.

All this talk of narcotics leads us on quite nicely to the first of two more telling tracks, 'Psychovision'. Masters frequently denies glorifying drugs, but maintains they're a part of everyday life, and on an album littered with drug references, this is certainly its most candid song. While you can't tell if you're meant to empathise, sympathise or just take heed from what he's saying ("I can't seem to shake class A's"_ indeed), the fact that the most important message on the album is hidden behind a two chord drone isn't exactly going to be an effective one now, is it? Similarly, their ode to Ver Kids, 'Community 853', sees The Pied Piper of Brick Lane casting himself as a leader for a "ragbag collective". But yet again, the lyrics could have been written by a 5 year old, and they're still struggling to find the 3rd chord (although the song does also bear a worrying resemblance to Squeeze's 'Cool For Cats'). Still, it's sincere, and their 853 Kamikaze Stage Diving Division** will definitely feel even more of a collective now they have their very own anthem.

"Definitely Maybe for the 2000's" then? Dom Masters hasn't delivered his promise. Like Oasis' first album, it's definitely going to bring people together, and it will certainly start mass sing-alongs, but something tells me The Others won't be making it to a stadium near you anytime soon. Still, it's a solid debut album, and if they can deliver on the promise next time, maybe they'll make their second album a 'Morning Glory' for the new millennium. Crackpipe Supernova anyone?