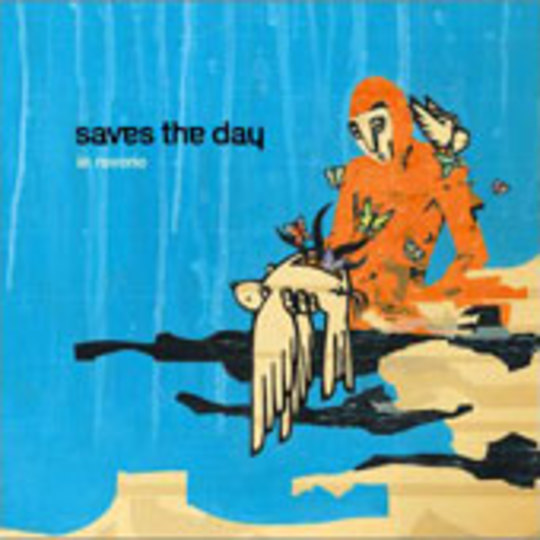 Liking Saves The Day is not cool. Listening to Saves The Day, punk fans reason, is kind of like choosing Spam over ham. It doesn’t make sense.

These purists can, to be short, bend down and kiss my pasty white ass because Saves The Day have only gone and come up with one of the bestest most fucking kickass pop albums of the whole bloody year.

Yes, strictly speaking it’s one of the best albums of_ last_ year, but due to the fact their record label has sat on the UK release for months we’ve got some kind of excuse for our tardiness this once.

Like a vintage wine this is a band that started life as vinegar and simply became finer and finer with age._ ‘In Reverie’_ is the record that sees STD (snigger) grow into their rather obnoxiously large boots and writing the sort of songs that sound less like =emo=tional pap and more like the nerdy, malnourished American cousins of Ash’s biggest hits. There’s the giddy love of the distortion pedal that pervades the colossal ‘Anywhere With You’ and the brisk stomp of ‘Morning In The Moonlight’, but more importantly songwriter Chris Conley has suddenly begun channelling the long dead spirits of classic ‘60s Motown and inventing the kind of tunes you need a hammer and chisel to remove from your cranium.

Both the title track, ‘Driving In The Dark’ and also the slightly-soppy-but-loveable ‘In My Waking Life’ are so vigorously catchy it’s clear that Conley must have sold his soul at the same crossroads bluesman Robert Johnson once infamously visited. But let’s hope he doesn’t meet the same grizzly fate, at least until he’s delivered a few more albums with the same addictive sparkle as this one.

So, Saves The Day then – making it okay to be uncool again.