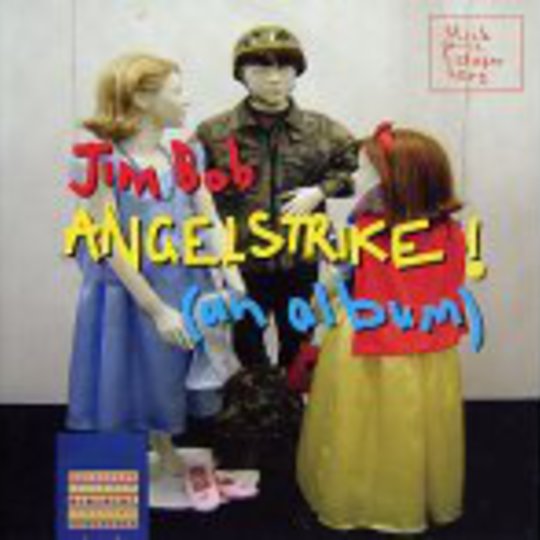 Ah, it almost seems like only yesterday since Carter The Unstoppable Machine split up. Despite the fact it’s been nearly a decade since they were last in the charts, this hasn’t stopped Jim Bob and Fruitbat releasing material under various other guises (Jim’s Super Stereoworld, Who’s The Daddy Now?, Abdoujaparov). Now, following the publication of his rapturously received book, Jim releases his third solo album. It’s a bit of a corker.

He’s lost none of his lyrical bite and much of it takes a dark edge – there’s the kind of politics that got Carter’s Bloodsport For All banned from radio during the Gulf War: “An estimated 300 thousand child soldiers are involved in more than 30 conflicts around the world/ The last decade’s armed conflict has resulted in the deaths of over 2 million boys and girls”. Then there’s the more personal side - Victim is about being beaten up by a bunch of young thugs. Meanwhile, titles like The Revenge Of The School Bullied and The Children’s Terrorism Workshop should be enough to make Morrissey and Billy Bragg weep with pride, and are two of the best tracks here.

Even when wrapped up in Bush’s post 9/11 world, much of it, bizarrely, sounds like Carter covering the lo-fi pop madness of Fonda 500 (Georgie’s Marvellous Medicine, Come On Smart Bomb! and Feral Kids being the most obvious). My Face Your Arse (with Fruitbat as guest vocalist) may as well be the 40-something’s take on The Libertines’ Can’t Stand Me Now. It is stupidly good.

Partly due to the fact he’s got one of the most recognisable voices from the ‘90s ‘indie scene’, it’ll be impossible for Jim to shake off the Carter USM tag altogether. But why would he need to? Over 17 tracks, Angelstrike! has all the disco-pop-punk and – oh yes – big acoustic ballads which made Carter so likeable in the first place, but with far more human emotion to go along with the social commentary. It has a flaw: if you always hated Carter then will you like this CD? Well, probably not, to be honest.

Yeah, so once upon a time Carter USM were my favourite band, though as I wasn’t too enamoured with last year’s Goodnight Jim Bob CD I don’t think I’m being entirely biased when I say it’s hard to pick fault with any of Angelstrike! other than the fact We Have The Technology seems to end very abruptly when you expect it to build up a bit more.