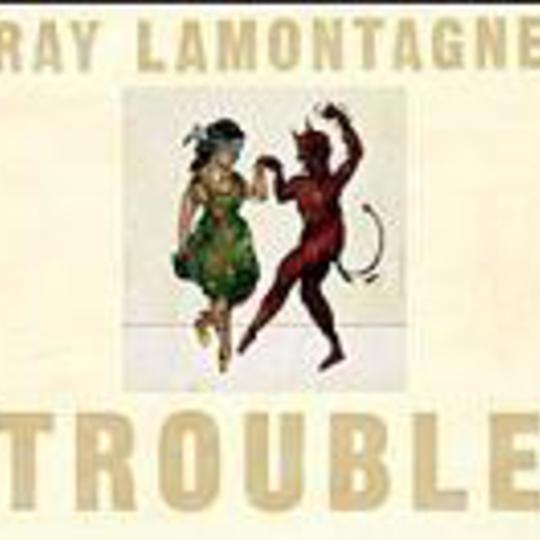 Once in a while an artist comes to prominence almost out of their era. An artist who reminds you of times past and stands up as well as any of their peers. In 2004 one of these artists is preparing to step in to the spotlight and his name is Ray Lamontagne.

Originally from New Hampshire and aged 31, a series of chance meeting and opportunities have lead to this debut album, but it wasn't fate that gave this man a voice to melt and break your heart at the same time; that was pure god given talent. Throughout all 10 tracks of this album he uses it to the optimum. From the opening moments of 'Trouble' the scene is set with Ray putting every drop of emotion he has in to each word. Sounding like the long lost U.S. twin of Joe Cocker and backed by a near-acoustic backline throughout, the record is solely focused on one man, his words and voice. 'Hold You In My Arms' owes much to Dorothy Moore classic 'Misty Blue' while 'Narrow Escape' evokes images of Bob Dylan** in his heyday. And that is what makes this album so compelling. This could have been released at any time over the last 30 years and it would still hold relevance and be a leading album in the genre.

This is the kind of guy you see on Jools Holland in-between Embrace and Ladysmith Black Mambazo (or Interpol & Elton John as he was on the show); an artist who you have never heard of but has the potential to change your life in a moment. You can see him as the next Jeff Buckley or Van Morrison perhaps or another potential chart breaker like Damien Rice or Ryan Adams but however you see it, this is a fantastic debut which leaves you both emotionally drained and still wanting more.