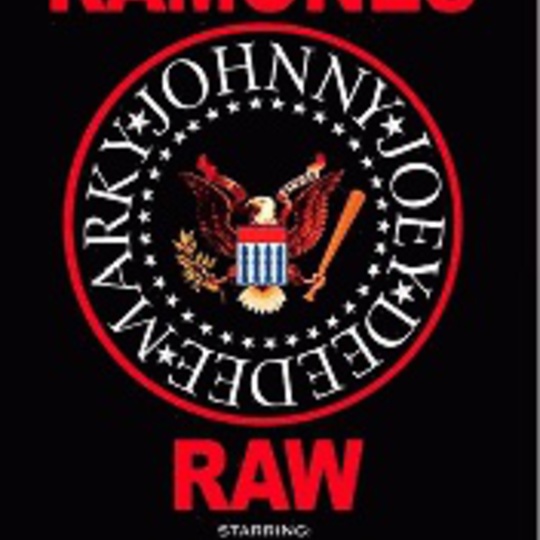 _“Punk was what your teachers would call you… we’d been told we’d never amount to anything.” _

Thus reasons Legs McNeil - co-writer with Jon Holstrom of Punk magazine - in Jon Savage’s England’s Dreaming, of his decision to bestow the moniker upon the brash rock ‘n’ roll music emerging from CBGBs in the late ‘70s. It’s a simple quote, but it’s also an eloquent expression of the fire fuelling *The Ramones *to create the kind of raw, youthful racket that connected with so many people since their inception. Four goofy high-school outcasts, all from classic dysfunctional families, singing songs of a teenage idealism with an everything’s-cool-when-I-got-rock-'n’-roll attitude, these guys were 'punk' through and through.

Although certainly not the instigators of the movement (the loud, lewd and debauched *New York Dolls *claimed that title as far back as 1971), The Ramones took on board their spirit of liberation and sense of excitement, shedding rock of its extraneous layers of virtuosity and replacing it with a minimalist high-energy groove, not to mention some timeless, absolute _classic _teen-rock anthems!

But, of course, all this you knew already. So rather than go down that self-praising route, this new DVD _Ramones Raw _instead acts as more of a fly-on-the-wall type affair, using footage culled mainly from Marky Ramone’s personal videos filmed during their last eight touring years. Which, for someone who caught up with the band fairly late on in their career, is an illuminating and insightful keyhole into life as a Ramone through the eyes of a Ramone.

Much has been said about their level-headedness throughout their rapid ascension to rock stardom, and observing their giddy and nervous reactions to crowds of obsessed ‘Ramoniacs’ screaming and throwing panties at numerous hotel balconies in South America as well as chasing them on mopeds in the Far East, it’s reassuring to see each member remain the same down-to-earth kid that they were at the very start. It’s an especially endearing sight watching the tall, gawky-looking Joey blush and giggle to himself as dozens of girls continually blow him kisses and scream marriage proposals everywhere he goes!

With over an hour and a half of vintage concert footage and backstage tomfoolery, this is an engrossing DVD that actually does bring you closer to each member through such miscellaneous features as Marky’s mission to buy a Rolex watch, a minor road accident in Italy and hilariously patronising TV interviews, right through to the present day with their induction into the American Rock ‘n’ Roll Hall of Fame, presented by old friend Eddie Vedder. You’ll also be glad to hear that Dee Dee’s ill-fated and somewhat Spinal Tap-esque solo rap career is also covered in all its cringeworthy glory - and I mean CRINGEWORTHY!

Together with a bonus feature comprising additional deleted scenes and an entire live performance in Italy, not seen since its original showing in 1980, this release is a respectable window into their lives, although it would’ve been cool to have seen a few interviews with friends and those involved in the early days such as David Fricke or Hilly Crystal just to gain a bit more perspective. But, I guess that’s what their biographies are for.