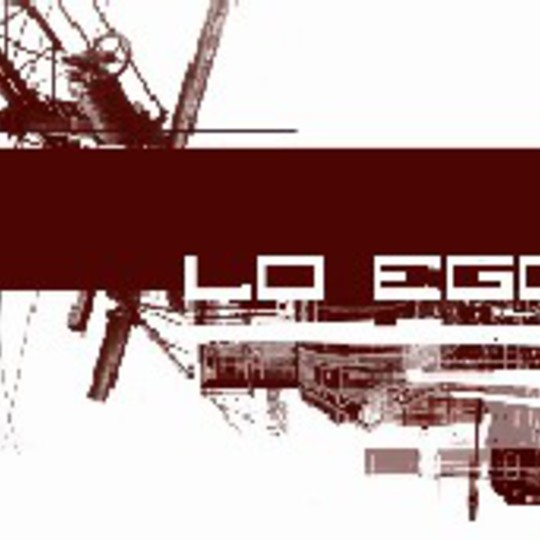 Once upon a time, the D.I.Y. ethic actually meant doing as much as possible without using the bureaucratic constraints of the music industry as far as it was possible to do so. These days however, too many artists use the "doing it for ourselves" angle more as a sales pitch than a sincere eulogy for their way of life.

Thankfully, there is some integrity left in this game after all. Take Lo-Ego for example. Instead of sitting around waiting for the X phonecall from Y A&Rsoul, they've taken their own course of action and put their long player out themselves instead. No fancy promotion, no double spread advertising campaign, no gimmicks or slogans. Spurred on by a hardworking ethos of building up a fanbase threough their apocalyptic live perfomances, 'Wall Of Silence' is a rare commodity for the 21st Century in that its actually been recorded (with a little help from ex-Bivouac and Pitchshifter cohorts Paul Yeadon and Jonny Carter admittedly) for just under a grand and distributed 100% by the band themselves.

And more to the point, 'Wall Of Silence' is a little gem.

Without harking on too much about the influences prevalent throughout the album, the eclecto-classicism of Muse and prodigious guitar crescendos of Jonny Greenwood immediately spring to mind, along with a similar dynamicism to that enjoyed by fellow Nottingham sonic twisters Six. By Seven.

Vocalist Martin Collins sounds like a man with a mission to seek out and repel any fake miserablist desperados. Listen to the way his snarl eventually becomes a shriek as he implores "I would forget my whole head, if it was not stuck to my neck" on the pulsating 'Innocence Gone'. Likewise the title track, which arrives in a hail of feedback and cymbols before evolving seemingly midsong into the piano-led mini-opera of 'Death To Your Lies', where Collins' voice has never sounded so painfully fractured and staggeringly lucid.

'Wall Of Silence' isn't just about battering the senses into submission, as the seismic 'My Disclaimer' and tension fraught dilligence of 'New Terrain' gazzump anything messrs McNamara or Chaplin have created as "emotional, thinking man's rock music" over the past year, and are ever likely to in the future for that matter.

If anything, this record should serve as a wake up call to record labels up and down the land, as Lo-Ego's mixture of tragedy, violence and ecstasy is all too rare amongst many of their one-scene-fits-all crazed peers.

On the other hand though, maybe it is a good thing that they were left to their own devices making 'Wall Of Silence'after all, because what you hear is what you get, and the interference of any "named" producer would be unlikely to better that.

'Wall Of Silence' is available at gigs or via the band's website.

There Is No Courage Unless There Is Real Danger