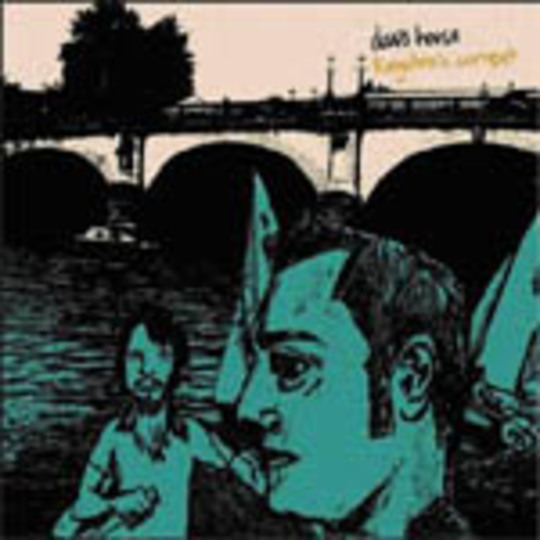 Solo albums. Ho hum. Remember when Maiden's Bruce Dickinson released a few? No, neither do I. How about David Lee Roth? 'Who?', I hear you cry. While some artists choose to leave their band and venture into musical grandeur (or not) by themselves, and some hit mega-stardom and forget they were ever in a band (no, Beyonce, there isn't any point reforming Destiny's Child), it's more than conceivable for some proper solo gems to slip under the radar, unnoticed.

While circumstances predict that Dave House hasn't actually left his mainstay group, emo-poppers Lucky Thirteen, he has nevertheless dusted off his 4-track and recorded a sparkling debut in bedrooms and lounges. With influences ranging from The Get Up Kids and Death Cab For Cutie to The Cure and Damien Rice, there is nothing feign or false about 'Kingston's Current' - this _IS_ the sound of a young English singer-songwriter who has written an album in the most cosy and homely of surroundings.

'Kingston's Current' is quite simply jam-packed with great songs. There's future-hit-single-in-waiting 'Bacchus And Bridges', with a quirky Weakerthans-style charm and big chorus; the haunting piano ballad 'Since Your Heart Stopped'

Honest and passionate guitar pop. Simple as that. Marvellous.

'Kingston's Current' can be bought from www.gravitydiprecords.com.