Welcome To The North 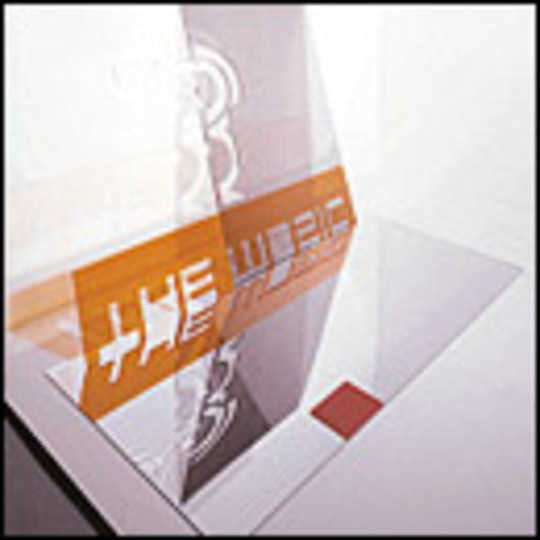 When *The Music *first emerged in 2002, they were heralded by some (perhaps a touch extravagantly) as the future of rock. Live, they were certainly a force to be reckoned with but they just didn't quite cut it on record. Things are different this time round. 'Welcome To The North' consists of well-structured 'proper' songs, rather than a collection of sloppily produced funk-rock workouts. The cleaner and tighter sound on this sophomore effort makes for a much more enjoyable listening experience.

The album opens with the eponymously-titled track; a fairly typical run through of Led Zep riffage, tribal rhythms and shrieking vocals that repeat the simple hook of "Welcome To The North" a dozen or so times. Swiftly followed by the face-melting guitar lick and bass drum-heavy recent single, 'Freedom Fighters', it would seem we are getting more of the same as Robert Harvey yelps away(like he's constantly being stabbed in the balls). Indeed the continuing track, 'I Need Love' continues the indie-dance formula that was so prevalent on the first album.

However, deeper exploration reveals that 'Welcome To The North' is a more varied record than its predecessor, with some evidence of a shifting musical direction. Most obviously is the introduction of a few slower numbers. When Harvey sings "Take me walking underneath the stars" on 'Fight The Feeling,' there is an audible sadness in his voice that is genuinely touching. And the chorus to 'One Way In, No Way Out' runs close to stadium rock power ballad territory. In a good way.

Lyrically, there's still the odd lyrical turkey, and nonsensical lines such as "Uh-oh-uh-oh uh-oh-uh-oh/Uh-oh-uh-oh uh-oh-uh-oh uh-oh" ('Breakin') are hardly likely to win the Nobel Prize in Literature. The refrain of 'Bleed From Within,' wherein Robert Harvey can't even be arsed to mutter recognisable words and instead resorts to gurgling gibberish is no contender either. But it's not all this primitive. With the band members now at a grand old age of twenty, this is a more mature and contemplative record, which draws on their experiences over the last two years. 'Cessation' is a brutal expression of anger and confusion driven along by frenetic fret-work while 'Bleed From Within' ponders the futility of life; with the big haired singer calling "_I'd like to know what I'm fighting for before I die._"

Sporadically, damped spirits are lifted along the record's journey. 'Guide' is a moving tribute to Harvey's parents; "T_hroughout my life you are my guide." Now that is cute. And "Into The Night_" is a poptastic love song that evokes comparisons with *U2*. Robert Harvey has claimed that he wanted to prove that The Music could write 'real' songs. To his credit, this has been achieved and Brendan O'Brien's production has ensured that The Music have delivered a piece of work that captures the magic of their live shows while also standing up as an good record in its own right.

Fans of The Music will love 'Welcome To The North' but it is unlikely that detractors will be converted. But, who's surprised by that statement? They may not be the most innovative or intellectual outfit in the world, but sometimes you just want to turn your stereo up to the max and dance around your bedroom. If you ever have moments like that, then maybe it's time you opened up your mind and let The Music in.

From A Basement On The Hill