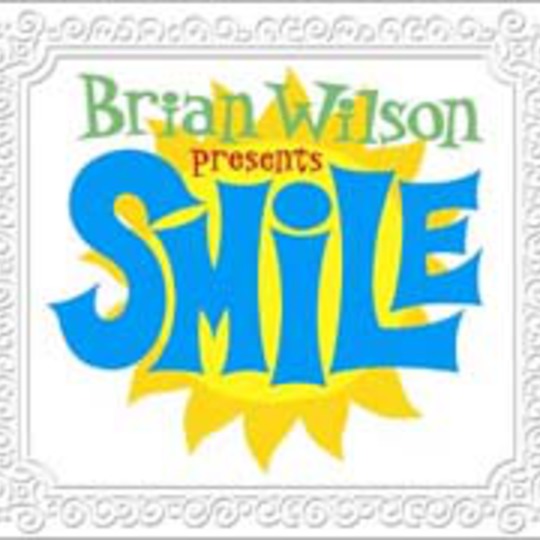 For many, this week marks the end of very long wait. After nearly four decades of rumours, leaks, bootlegs and myths, Brian Wilson’s 'Smile'_ is now available to purchase from your local record store. To some this is the holy grail of popular music. Following Wilson’s descent into crazed isolation, the initial album sessions were shelved in 1966 and although tracks from the project popped on later Beach Boys records, a lusting public still desired to hear Wilson’s ‘teenage symphony to God’ in its full glowing glory. On Monday, some thirty seven years after its initial conception, the album that many thought was lost forever, appeared, re-recorded, newly packaged and shining brightly for all to see. It is with true excitement that DiS places disc onto tray, and presses play…

It is not often that a pop record begins with the sound of a cathedral choir. ‘Our Prayer/Gee’ signifies the start. Lost and wallowing, the voices – complete with pitch-perfect Beach Boy harmony lines – are precise and caressing. It is a fittingly grand opening and provides the perfect layering for the kaleidoscopic whirlwind of ‘Heroes and Villains’. The circus tent motive still feels out of place, yet somehow you sense the whole song would collapse without this melody’s steadying repetition – and although it is a spruced up version of the track that is available on 'Smiley Smile', the invention is still outstanding. There’s so much going on in this song, that at times it's difficult to take it all in. Incidentally, the sound is wonderful. Perhaps the main worry surrounding this release, was whether Wilson would veer too far away from the original sound of the early tapes – ProTools anyone? It is this correspondent’s delight to report that alongside the brilliant direction of Darian Sahanaja, the man has been meticulous in his production. Some fanatics may suggest that the sacred, tinny bleed from the 60s sessions has been lost and subsequently replaced by a warm overglow - and they'd be right. Yet this is far from a negative facet. As the ’Smile’ horizon unfolds and we reach the gorgeous ’Cabin Essence’, the transition between the plucking ukulele led verse and the whirling harmonies of the chorus is glorious – those unmistakable Wilson arrangements flying around, escaping the speakers - free and uplifting.

‘Wonderful’ is enchanting. The beginning of ’Smile’s second suite is an ethereal work of melodic genius. Much has been made of Wilson’s voice falling short of the mark - supposedly corroded by years of manic depression, drug use and general lunacy. ’Wonderful’ – and later ’Wind Chimes’ - are concrete affirmations that the man behind the myth has still ‘got it’. Although wavering at times, Wilson’s vocals are surprisingly solid, heartfelt and joyous. Wading through the sunny depths of ‘Song For Children’ and ‘Children is Father of The Man’_, you begin to realise exactly what this man was dealing with all those years ago. His arrangements intertwine at such pace and complexity, it’s a wonder Wilson didn’t rip his head of in frustration and confusion – exactly how does one contain this sort of creation, let alone share it with the rest of the world? ‘Surf’s Up’ is an utterly mesmerising conclusion to a middle section of heart wrenching beauty: “Hung velvet overtaking me / Dim Chandelier awaken me / To a song dissolved in the dawn”.

Listening to this record is a startling experience. As the third and final instalment begins, the songs seem to start emanating from ‘somewhere else’. Apart from lyricist Van Dyke Park’s cabbaged vision of colour, shape and er…vegetables, the music is just so intricate – ragtime to rock n’roll, the simple to the symphonic, repetition followed by discovery. The dark and barmy ‘Mr. O’leary’s Cow’ falls in line with the madness of ‘Barnyard’, yet the vocals are delivered and arranged with even more eccentricity. Later as the refrain from ‘Our Prayer/Gee’_ returns to bring ’Blue Hawaii’ to a close, we are left with the newly recorded finale of ’Good Vibrations’. Now there are some things you just don’t mess with, and in this writer’s humble opinion the 1966 version of this song is a celebration left well alone. Having said that, the sounds are faithfully re-created and this masterpiece of modern song writing is still a fitting ending to the must have album of 2004.

It’s funny – even though the record has finally been released, the questions surrounding ’Smile’ are set to continue unabated. Yet the “What ifs?” are simply dressing; just fuel for discussion.

The music is here. 'Smile' is here. And it’s spellbinding.