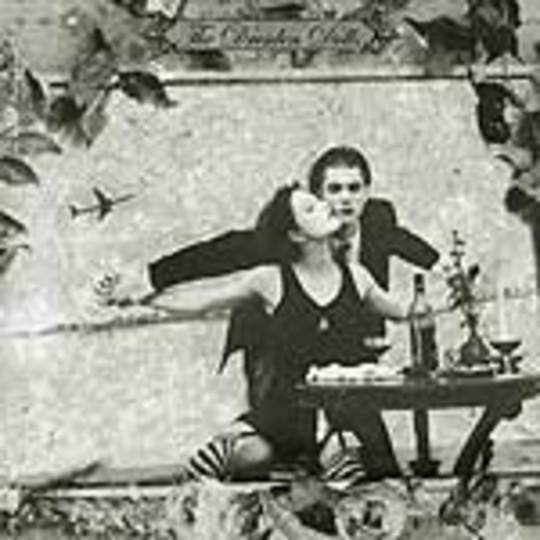 Rock stars with a flare for the dramatic walk a fine line. While costumes, makeup and theatrical devices can entice and enthrall, they can also threaten to override what's coming out of the speakers, reducing the music to background noise in support of the band's schtick. On the evidence of their debut album, this isn't a problem The Dresden Dolls are going face any time soon.

The Dolls have been described on their website (and just about every review that’s been written about them – including this one) as a "Brechtian Punk Cabaret" outfit. I don’t know who first coined this term, but I have to give them credit – it’s an accurate if maddeningly simple definition of the band’s bombastic sound. What it means, basically, is that the Dolls combine the pomp and grandeur of musical show tunes with the urgency of a band in attack mode. What’s instantly impressive is just how much mayhem the band can bring to the table with just a piano and drums.

This car crash of styles is best illustrated on the band’s lead single, 'Girl Anachronism'; Amanda Palmer’s neurotic lyrics sound maniacally on edge and, as she practically pounds her piano, the song switches moods from angry to playful to desperate on the turn of a dime. At the back of this hysterical storm, Brian Viglione’s drums click over the verses and then strike like a cobra with surgical precision in the chorus. It’s top rock theatre any way you cut it.

It’s no surprise that Palmer has a background in theatre. The songs on this album could easily be interpreted as a set of characters from a musical – from the screaming tantrum thrower in 'Girl Anachronism' to the drama queen on the verge of tears in 'Half Jack' to the spoiled, manipulative and quite frankly creepy little girl in 'Missing You'. But however melodramatic or cartoonish Palmer’s characters seem to be, their sentiments are real enough.

On 'Coin-Operated Boy', for example, Palmer expresses her desire for a mechanical lover – hey, who hasn’t fantasized about calling all the shots in a relationship - but breaks down before the final verse like she knows that the one-sided affair could never work out, even if she refuses to admit it out loud. The damaged, wind-up toy music and broken-record repetition at the beginning underlines the futility and madness of such a relationship.

It’s this bait-and-switch nature of the songs that elevate the Dolls way above the status of gimmick-rock. It also doesn’t hurt that Palmer and Viglione hammered out their sound before the thought of slapping on makeup and raiding Coco De Mer’s back catalogue ever entered their minds.

The Dresden Dolls are an undeniably theatrical act, but it’s theatre in the best sense of the word. Behind the garter-belts, bowler hats and mime make-up is an album that challenges perceptions, and centre stages emotional honesty. It's a work of art, and like other classics of the theatre, will probably be winning audiences long after its creators have departed this mortal coil.