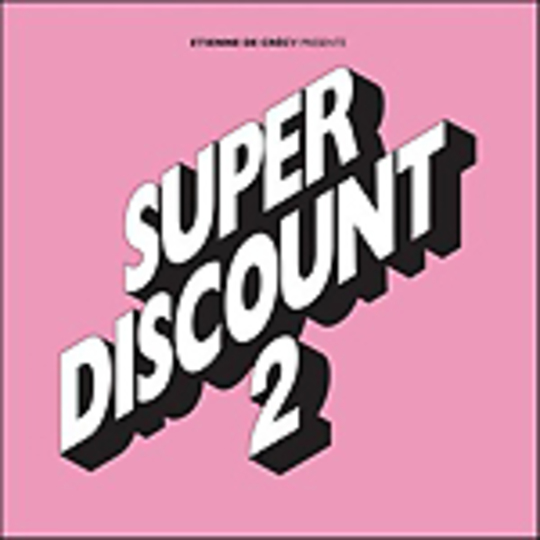 Etienne De Crecy's 1997 debut album ‘Super Discount’ is rightly seen as one of the best dance albums ever. This landmark record saw Parisian DJ/producer De Crecy, one half of duo Motorbass and co-owner of Solid Records, hailed as a genius. It helped launch the careers of Air and Alex Gopher (both De Crecy remixes feature on the album), and triggered a new wave of French electronica including Daft Punk, and the lesser known but no less worthy Rinocerose among others. Following 'Super Discount' with a worthy successor was always going to be difficult: 2000's 'Tempovision', despite some deft touches, was viewed as merely good but not great. What was De Crecy to do?

Listening to ‘Super Discount 2’, it would seem he went back to school - the old skool that is. This superb record is peppered liberally with dashes of Chicago & Detroit house. Steve ‘Silk’ Hurley springs to mind on ‘Soul Seek’, Carl Craig on ‘Bit Torrent’), ‘Frequencies’-era LFO, and there are some neat New Order-style bass lines. At times, one imagines that the contents of ‘Super Discount 2’ have been stolen from Carl Cox's record box back in the day, and transported through time to the 21st century.

Indeed, and despite sharing their name with internet file sharing devices, by the time the closing double whammy of ‘Limewire’ and ‘Overnet’ bring the album to a suitably hectic and bleep-tastic end it’s not difficult to imagine De Crecy playing this to an airfield of pilled up ravers in 1989.

De Crecy could have gone for the easy option, gone the way of his peers, sampled a load of dead blues guitarists for television advertising or roped in a dodgy Hollywood actress or fast fading Britpop icon. Instead, the Gallic genius has gone back to his roots, rediscovered his form, and in ‘Super Discount 2’ has produced one of the best dance records of the year.