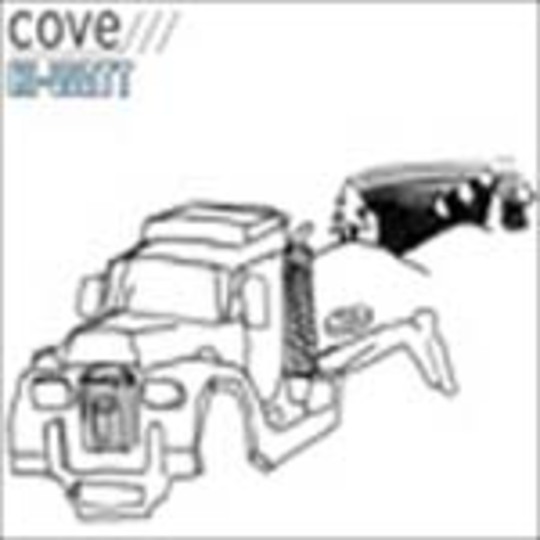 There's a thread running somewhere on this site about bands that you love that have let you down in the live arena. I know, 'cause I've just read it. But how's about this? What bands have you seen live, and loved, only to be gutted when their next record appears? I can say, hand on heart, that Million Dead moved me to smiling like a stupid idiot the first few times I saw them, but when they released 'A Song To Ruin', I felt deflated. The same is true of Cove, whose 'Hi-Watt' really doesn't do their live capabilities any justice whatsoever.

That's not to say it's a bad record, at all - this knocks the spots off many a UK post-rock outfit - but there's no bite, and none of the aggression that characterises a Cove show. Where volume should turn the listener inside out, there's only muted whispers of potentially rocking moments. A poor start - 'Spelling Be Champion' - doesn't help (then again, it's probably best to get the weakest track out of the way first), but things do pick up, honest; 'Autumn Leaves Turn From The Dresses Of The Vampire Girls' would be killer, if only it sounded BIGGER.

Blame the production, I guess. Where towering walls of noise should be, there stand only stick-thin constructions that would feel threatened by a mayfly's fart. The music's technically excellent, but without simple quiet-LOUD-quiet dynamics, much of 'Hi-Watt' passes the casual listener by. As much as I hate to say it, this is remarkably toothless, and fails to present a very decent band in a particularly favourable light. Go see them live, please; this really isn't Cove at their best.

The vinyl version is available through Unlabel, by the way.