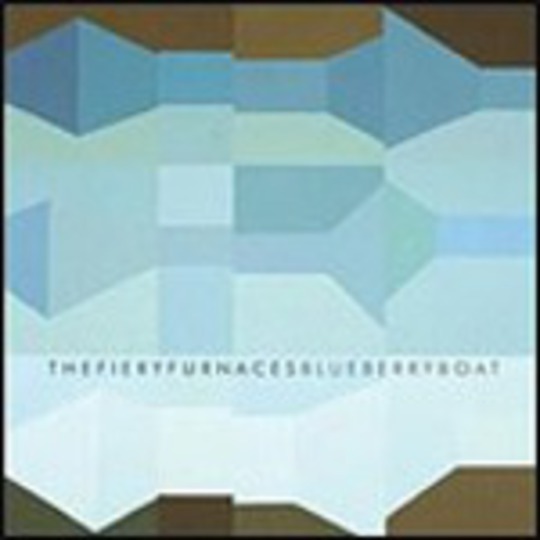 It takes just over ten minutes for the Fiery Furnaces to sweep aside the last vestiges of the 'new White Stripes' tag that has lingered since the release of **Eleanor and Matt Friedberger’s astonishing debut, 'Gallowsbird’s Bark', just over a year ago.

In the space of those ten minutes, we get sombre Radiohead-esque piano chords, crunching beats, wheezing electronics, galloping blues-rock, a muted lullaby, and the spectre of a near death experience stalking the landscape. This is 'Quay Cur', the monolithic first song on 'Blueberry Boat' and one of the most audacious and brilliant openers to a sophomore album in years. No one in their right mind is going to compare them to the White Stripes after hearing this.

Where 'Gallowsbird’s Bark' was concise and punchy, 'Blueberry Boat' is a sprawling, ambitious affair, with five songs clocking in at eight minutes or above. Keyboards dominate the mix, but the Furnaces have a knack of making them sound as huge and varied as entire orchestras. And where Gallowsbird_ was very much Eleanor’s album, the vocal duties are shared here, with Matt’s coarser voice a more shambolic counterpart to his sister’s perfect enunciation. It’s highly likely you’ll spend the first four or five listens trying to work out if you love it or if it annoys the hell out of you.

Persistent listeners should eventually come down on the former side, some of the time at least. Problems generally arise when the band are trying to be too hard to be clever. The title track encapsulates the problem - a picaresque romp regularly derailed over the course of its nine minutes by abstract plinking, circus chase music, swirly fairground organ and, at one point, a dreadful faux-jazz piano solo. The rest of the time, however, it’s as rich and satisfying a piece of music as anything on their debut.

More frustrating still is 'Chief Inspector Blancheflower', which begins with Matt rambling over three minutes of detuned synth squiggling, before the unexpected appearance of a 4/4 house beat, Moog and piano suddenly transforms it into the best pop song on the record. With a squealy axe solo unceremoniously tacked on the end, naturally.

When 'Blueberry Boat' works though, it works so well that you’re willing to forgive the Furnaces' more indulgent excesses. There’s the delightful 'I Lost My Dog', the familiar opening salvo to the band’s live shows, complete this time with a final church organ-driven verse. “My dog was lost, but now he’s found_” indeed.

Elsewhere, the eight-minute 'Chris Michaels' comes over like Pavement doing Tommy, while the final sequence of five relatively straightforward songs would have made a great EP in itself. The twinkling, bouncily childlike 'Bird Brain' is effortlessly likeable, while the mournful, piano-led 'Catamaran Man_' is underpinned by a dub bassline that, rather than sounding incongruous, elevates the song into near-heartbreaking territory.

Listening to 'Blueberry Boat'_ is a little like careening around an enormous multicoloured funfair - joyous, unpredictable, kaleidoscopic, tacky, and at times scary and sinister, sometimes all in the space of one song. But even if it occasionally makes you sick, it’s a thrilling ride nonetheless.