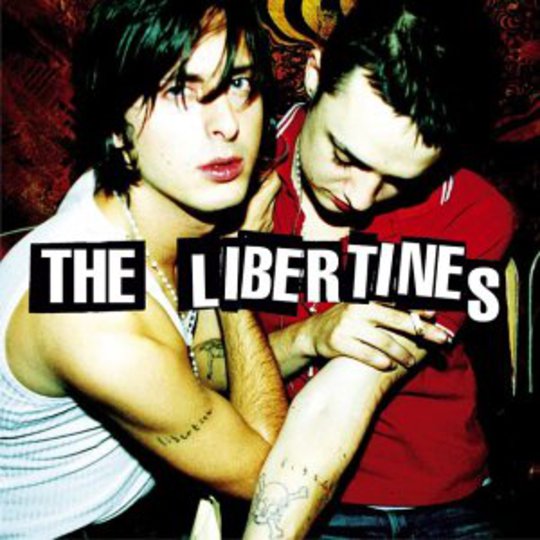 Expectations are high. After an aborted session with Bernard Butler at the production helm, the band recruited Mick Jones to help them piece together their long-awaited second album. DiS is proud to bring you a special preview of the results...

It’s been a year since Don’t Look Back Into The Sun, the iconic last release from The Libertines proper, but of course they do have an excuse. Singer/guitarist Pete Doherty’s much catalogued drug abuse has led him all over the world, from London to Paris and Thailand and back again, trying to get clean. Oddly enough, with all his troubles he did manage to release two singles (one, the aching ballad For Lovers was incredibly good; the other, a self-titled EP with his side project Babyshambles was not so good). The rest of the band, however, took some much needed time off and recorded this album with Doherty earlier in the year. With former Clash guitarist Mick Jones at the producer’s helm once again, can the album live up to the promise of their first album, or is The Libertines going to be their Cut The Crap?

Initial signs look pleasing – opener and first single Can’t Stand Me Now is an obviously self-referential ode to the faltering relationship between Doherty and fellow front man Carl Barât. Over some of the finest Jam impressions since Weller and co hung up their suits all those years ago, the volatile pair sing to each other their own personal problems, while the harmonica-led outro… well… you’ll either love it or hate it. Last Post On The Bugle (originally mooted as the album’s first single) follows suit – pounding drums (courtesy of Gary Powell**, an oft-overlooked talent) and a chiming 3-note riff compete with Pete’s innocent plea – “I got carried away”. Too true.

The Sixties seem to play a great influence on this album, both for the better and the worse: What Katie Did, a fan favourite since it first turned up as a demo on the band’s Babyshambles demos site, is great. Carl’s vocals give the track some welly, while the “Shoop de lang-a-lang” backing vocals add to the charm. Meanwhile, the Barât-led Narcissist sounds like Chas and Dave on amphetamines. Conversely, _Don’t Be Shy is one of the worst things the band has committed to tape. Doherty wails, completely out of tune, over some loose funk that sounds like a bad Beatles b-side.

Thankfully, the good moments are here in abundance, and the album’s highlights come in quick succession. The Man Who Would Be King starts off with a bit of self-plagiarism, stealing their own intro from Tell The King, before spinning it into words of advice for any newcomers to their already growing scene. “I’ve been told if you want to make it in this game, you’ve gotta have the luck, you’ve gotta have the look”, Pete croons over a prodding bass-line and a crescendo of guitars, until everything stops, leaving Doherty sneering a nonchalant “la la la la la la” until the band come crashing back in. It’s totally invigorating stuff, guaranteed to send shivers up, down, left and right of your spine, and shows a much more mature side to The Libertines. Meanwhile, Music When The Lights Go Out, a track dating back to about 2000, is almost folky, coming on like a modern Kinks, until about halfway through when everything gets cranked up to 10 only to disappear again.

This being The Libertines, you know there are going to be some high octane punk rockers as well, and there are certainly a couple here that you can go fucking mental to. Arbeit Macht Frei is a one-minute thrash, in which Barât and Doherty seem to shout the first things that come into their head. Something tells me drugs may have been involved. Meanwhile, The Saga is unquestionably one of the finest tracks on here; stop start rhythms clash with trebly guitars, while Pete tells us that “I ain’t got a problem… it’s you with the problem”. And they say the 12-step program doesn’t work?

The album ends in a fit of complete and utter joy. What Became Of The Likely Lads is one of the album’s more straightforward punk tracks, and doesn’t suffer for it. Another track about the frontmen’s faltering relationship (“What became of the dreams we had?”), as well as looking to the future, albeit pessimistically, Likely Lads is a brilliant way to end a brilliant album. While the future looks uncertain for the band (Barât is leading the rest of the band without Pete for the time being), if this is to be their final album, and some say it will be, it’s the end of a beautiful career.

“What became of forever?” There are only four people on the planet who can tell us the answer. The legacy continues…