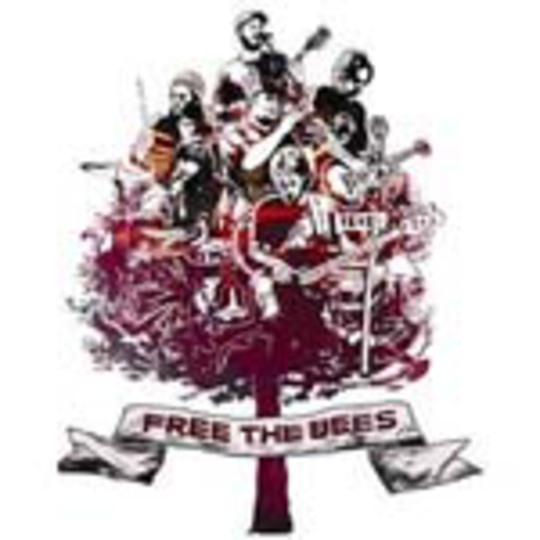 On a basic level, the Isle Of Wight’s greatest exports The Bees come from the same mould as NME dullards Jet. Superficially, they both sound like bands frozen in time 30 years ago to be recently defrosted, unaware of the musical transformations of the past two decades. Luckily these guys do something a bit more special than rip of The Stooges and The Rolling Stones song for song.

One spin of this CD and DiS is whisked away on a cloud of green smoke to the fantasy festivals of yore. It’s comparable to blending all the best bits of Led Zep and hippie rockers Grateful Dead, with a spoonful of Motown classics to help the medicine go down. Best of all there are no knobbish guitar solos or unwanted wanky ‘jazz’ bits to get in the way. It’s like getting the free love, but without the hairy armpits and STDs. Lovely.

Two classic singles, ‘Horsemen’ and ‘Wash In The Rain’ (“I got salt you got pepper/Maybe we should get it together”), carry the first half of the album, while the aching ‘I Love You’ is a damn fine stab at updating The Flamingos’ masterpiece ‘I Only Have Eyes For You’, falling only inches short of its mark. Paul Butler’s understated voice wraps itself around the melodies like a grittier Jimi Goodwin, offset by a choir perfectly atmospheric back-up vocals.

The Bees are unique in that they fill a hole from the past that really needs filling and they’re more focussed in their vision than contemporaries like The Coral. More power to the Isle Of Wight massive!