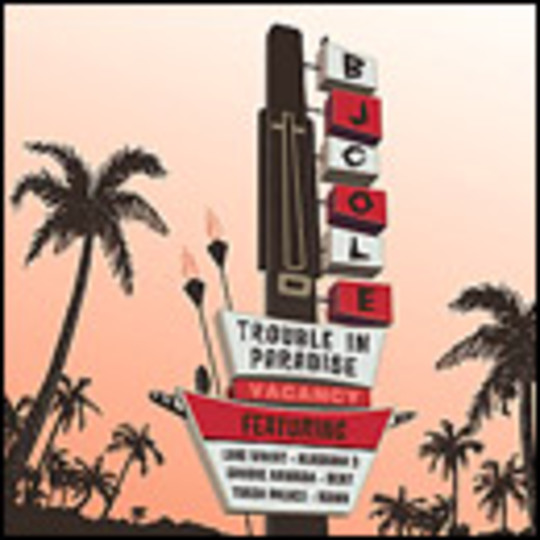 Whilst BJ Cole's last notable 'solo' venture was a 50-50 collaboration with beats and bleeps mastermind Luke Vibert (who crops up here, but more later), 'Trouble In Paradise' sees the pedal steel guru step out with no less than a collaborator a track, across 12 tracks. It's like a southern-fried Unkle record, only without Ian Brown. Thank fuck.

Spreading himself so thinly, Cole is obviously going to produce some right stinkers. He does, but let's not dwell on those. Instead, let's look to the highlights: Groove Armada shift from chilled-out to bugged-out on 'Beautiful' - may any negative things I've said about them in the past be struck from the record - and the Vibert-assisted 'Surf Acid Hoedown' is exactly as bonkers as its title suggests. It's like linedancing in inflatable sumo suits whilst high as a kite on space cakes... bonkers. Elsewhere, Alabama 3 and Neil Conti add a smattering of blues to 'Are You Ready For Some Country' and 'Downtown Motel Blues' respectively, although the former retains the customary A3 swagger. All told, 'Trouble In Paradise' is decent enough, and perfectly suited to the Observer Music Monthly-reading man about town's cocktail parties, but the styles on show are just too disparate to make for a wholly recommendable release.